I am obsessed with systems. Improving them, bypassing them, or changing them altogether. It’s not exactly rocket science to understand why. If we intend to make change that lasts for generations, we need to address the roots (or systems) of our current problems. Not to say that addressing the symptoms of the problems are not important as well, but I’ve always been a sytems kind of gal.

Because of this, I want to share an observation that I’ve had on how to get the most out of systems change. It starts with the notion of self interest.

In nonprofit circles, when we talk about changing the world, there is often a perception that we are talking about a selfless act, a sacrifice we must all make. But the initiatives and projects I’ve seen succeed have rarely been selfless, and have rarely been achieved through self-sacrifice alone. On the contrary, we are self-interested creatures and always have been. At its core, self-interest is a survival mechanism (as we secure food and shelter, for example), and as we ascend higher along Maslow’s hierarchy of needs, it becomes about belonging, esteem and self-actualization. From my experience, initiatives succeed when self-interest is met, and initiatives flourish when self-interest is recognized and leveraged.

For example, in 1999, I worked as the founding Partnership Director for the Canadian Partnership for Children’s Health and Environment, a cross-sectoral partnership of 11 organizations working on issues relating to toxic substances in everyday items, such as perfumes and baby bottles. Organizational collaborations are often a hotbed of power struggles, ego, inefficiency and conflict so we built the Constellation Model of Collaborative Governance: a model that recognizes ecosystems, balances power, and leverages complexity. The constellations are self-interested action teams that work collectively at the ecosystem level to achieve their converging interests—in this case, a healthier environment for children. This model led, in part, to a new legislative framework to manage chemicals and the banning of BPA in baby bottles in 2008, which then triggered a global market transformation in plastics.

The success of CSI’s model is also a manifestation of self-interest. Essentially, members who might otherwise be working in subpar offices pool their resources to access better facilities and shared services, and to form a community of social-change agents. The Community Bond—our innovation in social finance, which we used to buy two buildings—is the perfect example of self-interest: we needed a loan and so we offered people a way to invest their capital in something they believed in while earning a return and making a difference. A win-win-win!

How do you design an effective model that leverages self interest’s capacity for good? In the groups I’ve worked with, we started with a structure that recognized self-interest as the energy that creates movement in systems. We know that people will act when they’re moved to act— when it’s a fit for their own needs, capacities and interests, and not just for the greater good. By tapping into self-interest, we are able to tap into the energy. This is the energy that can, when designed and aligned, power a movement for change.

Let me be clear though, self-interest left unchecked can be dangerous. Self-interest is the energy that creates action in a system, for good or bad. In the social mission sector, we want to harness this energy for good. It’s not always easy to create and manage systems that balance the self with the collective. It requires greater vision and thoughtfulness than, say, simply pillaging the earth’s resources until there are none left.

We should reward ingenuity and initiative in service of self-interest. The challenge is doing it at no one else’s expense and, ideally, to everyone’s benefit. This is the work of the social innovator.

Read more about the Constellation Model. 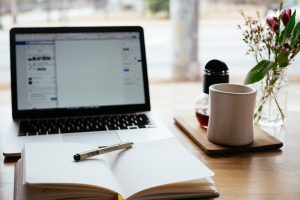 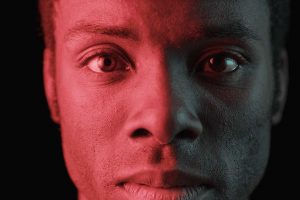 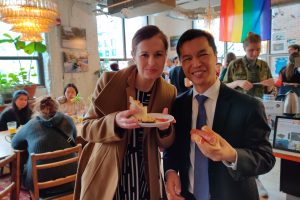