Breaking the Ocean: A Memoir of Race, Rebellion, and Reconcilliation

Annahid Dashtgard has been an integral part of CSI for such a long time; we are so thankful for her presence and perspective. She just released her memoir, Breaking the Ocean, a crucial read for anyone wanting to deepen their understanding of race issues in Canada. The Toronto launch for the book is at the AGO on Sept. 13th, 2019. We sat down with Annahid to learn more about the inspiration for this book, and the impact she hopes it will have.

Tell me about your book. What can we expect to find in Breaking the Ocean: A Memoir of Race, Rebellion, and Reconciliation?
Breaking the Ocean is my hopeful` journey through exile, immigration, racism and social shunning, ultimately answering the questions: what does it mean to belong, what happens when belonging is absent and how to actively create cultures of belonging?

In our society, there is much space to grieve private losses… or ones that have a heroic public narrative like coming back from war, but the ubiquitous impact of systemic discrimination, the subtle ways you receive the message you are less than… this grief has no place. In fact, if you dare raise it, there is often doubt (is that true?) or denial (that can’t be true). I wanted to blast open the idea that social rejection is somehow less impactful than other forms of harm.

It’s a journey that’s written on and through the body. I write very vulnerably and honestly about the impact of social trauma on the soft animal of the body… and what it looks like to reconcile that because part of it is ours, and part of it is society’s. How do you reclaim wholeness in a system designed to keep you feeling less?

What was the inspiration for writing this book? Why was it important for you to write this?
I wrote this for all the versions of myself that would have held on to this story as a lifeline. And for all the people that come to me in my talks and sessions that are afraid to share their experience publicly. I wrote it because I was tired of seeing people of colour I admired wrapping their stories in a cloak of humour— although I like to think I don’t take myself too seriously, I don’t find anything funny about the reality of racism or social trauma that is an on-going and often invisible reality. I also wanted to talk honestly about the healing process when one’s sense of self and safety is fragmented… what does the anatomy of repair look like when the wounding is on-going? At one point, I realized that my happiness was being held hostage to some imagined future that is quite frankly, generations away.

Although the wounding around identity is unjust, the work to heal is ultimately ours to do. And then we can fight more cleanly— that is, with less cost to ourselves, and more impact on those around us because it’s not coming from a place of hurt and blame.

Who is your intended audience?
I am hoping this book will wake more white people up, pull the curtain aside on both overt and more subtle systems of discrimination. But more importantly, I wanted to affirm the experience of people of colour, including the growing tribe of us that identify as mixed race, and write a cartography of re-locating oneself when you grow up without a map. This journey also applies to anyone who has ever struggled to belong because of who they are and/ or the body they’re born into.

How much of your work as an activist and certified change maker do we get to see in your memoir?
It’s a whole section!! As a young woman, I chose activism because it was a place to fight injustice, as well as being one of the few arenas that would allow a young brown woman to step into a leadership role! Activism gave me a voice, an analysis of power and systems change strategies. It also taught me about limitations, and the importance of where our activism comes from– otherwise it can become unsustainable. We have to be able to separate past wounding from current strategy… in this discernment lies both impact and replenishment.

Often, a memoir is a reflection of a person’s navigation through past memories, where do you go from there? What is like life after writing a memoir?
I was really clear I wanted to write this book as a platform to speak and to educate, on behalf of many that don’t have access to the spaces that I do at this point in my life. So, for me, it’s more speaking, travelling, writing and… another book!

At some point in the process of writing this book I spoke to an agent who said “your writing is lovely, but this reminds me of another book published last year” and she went on to reference another woman of colour writer who comes from a totally different racial background and has a very different journey. I asked, “are you saying the market is saturated with diverse voices, with woman of colour, with immigrants? I don’t think so!” And although it was initially demoralizing, it also fuelled me to get going. So, believe me, this book is just the beginning, or at least a next step where I will do all I can to roar on behalf of those that remain voiceless or silenced in our society. It’s where I draw my courage… because this is certainly a vulnerable story to put out into the world!

Is there anything else you would like to share? Or like readers to know?
In the book I wrote “Story is the original teacher, the oldest recipe for inclusion in the books”. And it is! I think stories are the oldest form of teaching, and the most powerful. It’s why I chose memoir. I just wanted to speak as honestly as I could about what I knew to be most deeply true because I knew that would stick in a way nothing else would… it’s also MY primary way of learning about the world, and one that has been a lifeline for me all along. Each time I read an authentically told story, my world expands and I feel less alone. I hope that’s what my book will do for others.

Annahid Dashtgard is the co-founder of Anima Leadership, an international consulting company specializing in issues of diversity and inclusion. Previously she was a leader in the anti-corporate globalization movement, responsible for several national political campaigns and frequently referred to as one of the top activists to watch in the 1990s. She is the host of the podcast series Breaking the Ocean: Soundwaves of Belonging and the director of two award-winning documentaries, Buy-Bye World: The Battle of Seattle and Bread. Her writing has appeared in the Globe and Mail, the Toronto Star, and Briarpatch magazine. Dashtgard lives in Toronto with her partner and two children. Breaking the Ocean is her first book, and the Toronto launch is at the AGO on Sept. 13th, 2019.

Photo by Matt Hardy on Unsplash 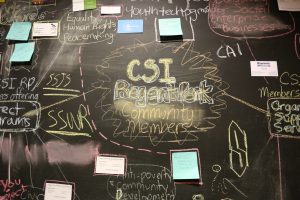 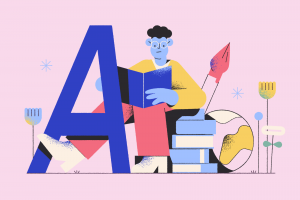 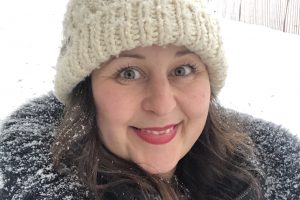