When you’re driven by a desire to create, there are no limits to what you can accomplish.

We caught up with Shivani Sharma, Founder and CEO, to reflect on how her team and her company have grown.

Their CSI story starts about half a year after their founding, in 2013. The Firefly team was beginning to outgrow their first office space. As Shivani looked for a new home, she came across CSI Annex.

“There weren’t many options like [CSI] seven years ago. I mean, now [coworking] is all over Toronto, but I still feel like CSI has a different vibe than anyone else. It’s more down to earth, everybody is chilled out. It’s a good working environment. So that’s why I decided to move my team here.”

When they first joined CSI, Firefly was focused on growing their marketing business. It made sense to set up shop in a bustling community of social innovators. Not only was it easier to find people they loved working with, CSI’s large meeting rooms gave them that official professional agency touch.

“We chose CSI because we had the same set of values. We could rely on the people there to be good to us and we would be good to them,” said Shivani. “We got some clients through CSI. We formed professional relationships where we could get advice from people. We had people who we engaged in services depending on what we needed. It was just a matter of getting out the door and asking ‘hey, can anyone do this?’”

Of course, in a space where so many entrepreneurs are working on so many different projects, it’s difficult not to get inspired. Meeting another CSI member, Twenty One Toys, opened up new pathways that Firefly soon found themselves exploring.

“I didn’t even know about [game design as a profession] until I saw that and that was kind of inspiring,” said Shivani. “Now, we have our own card game.” 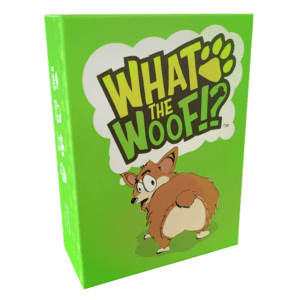 After launching What the Woof!?, Firefly decided to go all in. They’re moving away from the marketing space and immersing themselves in board game development and playtesting.

“The way I pitched it to my team was: either we keep doing stuff that’s marketing-related for the same kinds of companies we always do, or we do something for ourselves and keep control of what we want to put into it and give it our all,” recalled Shivani. “Everybody was on board because they wanted to do something interesting and creative for the team. Once What the Woof!? was launched, everybody was like: ‘let’s make this real.’”

It’s a transition that makes sense for the Firefly team, constantly in pursuit of bigger and better creative endeavours. Shivani is optimistic about this new direction.

“For most people, you can either develop a product or you can be a marketer. We have the chance to be both,” she said. “Even in the post-COVID-19 world, you still need that human interaction — even if it’s at home with your core group of friends. I want to serve that community and make the game table that place where you can interact with people and not feel so isolated.”

Firefly Creative is joining an impressive group of CSI alumni. Like every goodbye, this one is bittersweet. We’ll hold the memories we have with their team close to our heart, and can’t wait to see what they accomplish next!

If you’re a board game lover (or just want to support a CSI member), check out What the Woof!? Shivani and her team are also looking to connect with designers and developers in the board game space, so if that sounds like you, send an email to letstalk@fireflyhub.com!

CSI Connects, Member Stories
“We have a vision of a Canada where young people can really explore their entrepreneurial potential, to build the most inclusive and prosperous place in the world.” – Venture For Canada’s Juanita Lee Garcia
Read More 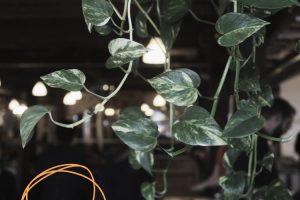 Climate Ventures, Member Stories
CSI member Fitec Environmental Technologies recovers organic waste from a variety of sources and transforms it into renewable fuels. They strive to provide robust and reliable solutions for farmers, municipalities, project developers, waste management companies, and more. We talked to CEO Tom Ferencevic about how COVID is impacting those efforts, and how what made him decide he wanted to be part of CSI.
Read More 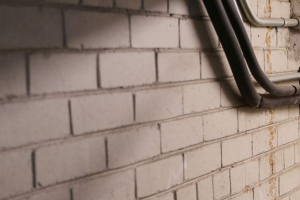 How A Global Pandemic Impacted Our Oceans

Member Stories, Reports & Studies
CSI member Ocean Wise have been examining COVID-19’s impact on the ocean. In COVID-19: Waves of change – How a global pandemic impacted our oceans, they examine how public health restrictions have resulted in lost ocean research opportunities, reductions or cancellation of volunteer-based ocean conservation activities, as well as shifts in seafood related industries.
Read More