How it All Got Started

CSI’s story begins in 2003 when a handful of visionary social entrepreneurs came together to solve what we referred to as the “photocopier problem”. Too many organizations were working in isolation, paying too much for equipment and substandard facilities. They asked, “what might happen if we share?”

Part of the answer came in the form of the Robertson Building at 215 Spadina Avenue in Toronto. With generous support from co-founder and landlord, Urban Space Property Group,  and donors, the Centre for Social Innovation Spadina opened its doors to 14 founding members in 5,000 sq. ft. of space in June 2004 – one of the very first coworking spaces in the world!

In 2007, CSI expanded upstairs growing to 14,000 sq. ft. and to 150 members. We invested in community animation of social entrepreneurs: this helped build bridges between nonprofits and small-to-medium enterprises that wanted to change the world. We fostered collaborations, networks, animating learning and connections, and honed our community building craft.

In 2010, CSI bought its first building, 720 Bathurst, a 36,000 sq. ft. building opening its doors to another 175 organizations. We did this by demonstrating new community finance models are possible by pioneering community bonds.

During that time, we raised over $7.5M in community bonds from over 400 community investors (including seven charitable foundations!) to owning and operating 100,000 sq. ft. of commercial real estate in downtown Toronto. It’s been a wild ride for a little nonprofit “who thought they could.”

In the early days we developed a theory of change: curated spaces and animated communities foster social innovation emergence.

Our thriving members shared ideas, strategies and experience. It meant collaborating, learning, growing and becoming resilient in ways never imagined in isolation. Since that time, we’ve grown a community of over 6,000 members and alumni, made up of small and medium-sized startups, nonprofits, and charities. Our core principles of social innovation, entrepreneurship, and collaboration have formed the basis of work since day one. We’ve honed our craft: using social innovation to influence policy, markets, & culture change, shift systems, grow jobs, build businesses and deliver huge impact.

Our Theory of Change

We begin at the bottom of the pyramid, focussing on the creation of the physical space. We do this carefully, designing a space that’s functional, whimsical, inviting, and energizing.

The next layer is community. What begins as a group of people looking for a place to work becomes a community through conscious and careful curating and programming.

These layers form the basis for innovation — the serendipity that happens when you mix the right people, the right values and the right environment; when you set the conditions for social innovation emergence. 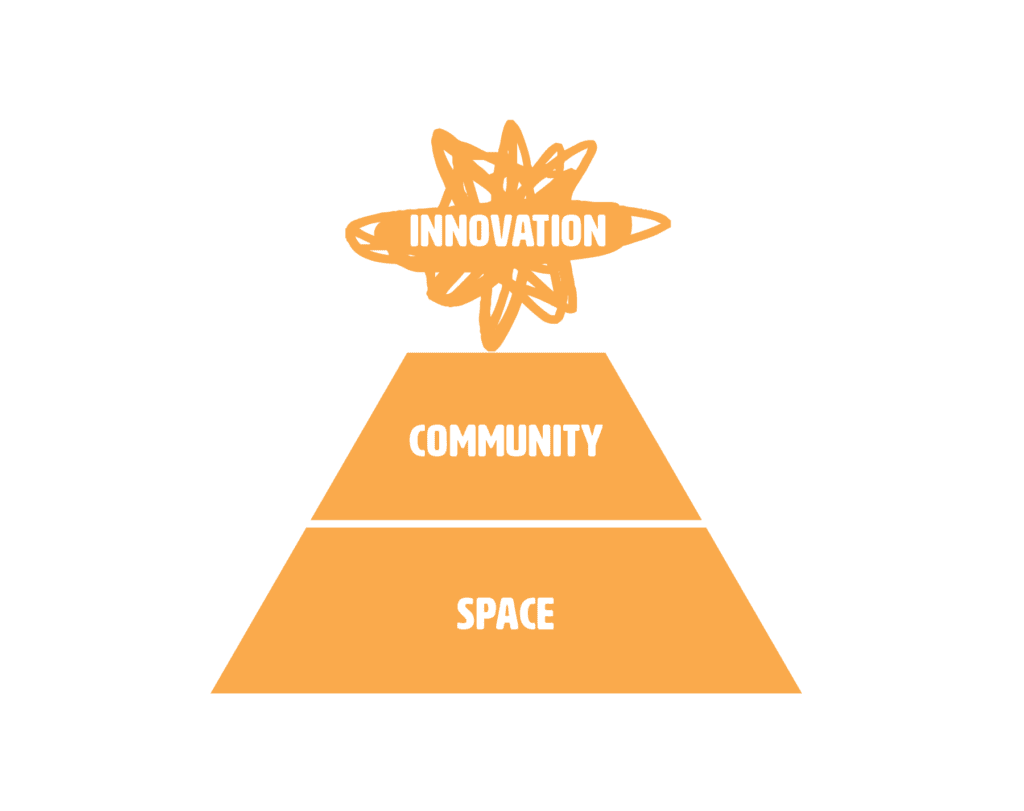 We started with 14 members and quickly became home to over 900 social purpose organizations, but the real work was in fostering, catalyzing, and supporting social impact.

Our membership includes over 3,000 people and generates combined annual revenues of $270M. Collectively our members create an estimated 300 new jobs per year, and every single one of them is a job focused on making a difference. Their initiatives further serve tens of thousands of people in Toronto and around the world. We are so proud of the amazing work that our members do!

Our role is to curate a diversity of values-aligned members, foster the connections to reveal the assets in the community, convene to spark and develop new solutions, reduce the friction to increase the trust in order to build social capital (we call this “animation”) and then let them loose!

We’ve learned that some gentle animation can do wonders. In addition to the physical space and a diverse mix of people, it is interventions and learning opportunities that help make connections and stimulate new thoughts and ways of doing.

We bring innovators together with capacity-building workshops, informal social mixers, our online community, and more. We foster individual and collective growth and create an environment that produces original action. Our key is to adopt a light touch. We do not program with an expectation of uniform engagement. We offer opportunities for individuals to ‘find their own level’; to dip in and dip out of the community in a way they find comfortable and natural. And when a new idea begins to surface, that same gentle touch helps it to grow. This is our role within the centre: to animate the ideas that have developed in the spaces we have created, and to nurture a participatory culture where all members feel welcome to bring their ideas and to leave their fingerprints.

Overtime, we have increasingly invested in providing direct education and acceleration support to our members and to ventures across the country. From incubation to education, Social Enterprise 101 to the Agents of Change, from Climate Ventures to Social Ventures, CSI has been accelerating our members success directly and indirectly for over 15 years. 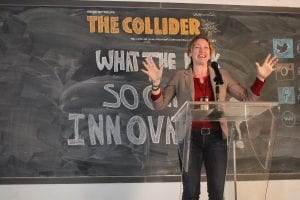 We opened the first coworking space in Canada!

We opened our first space in 2004 with just a handful of tenants. This brought co-working to Canada and maybe the world! (Though we called it "virtual tenancy.") 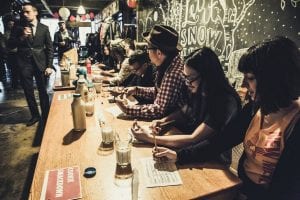 First Annual Cookie Competition
If you've been to a CSI holiday party, you know the competition is real!
2005 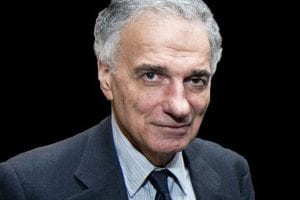 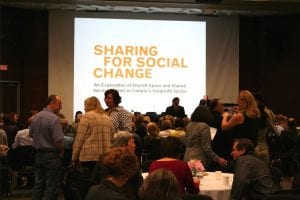 Sharing for Social Change Conference
Sponsored by CSI and Tides Canada, the conference looked at the pros, the cons and some of the unexpected pluses that can come about when groups combine spaces and services to save time and money.
2008 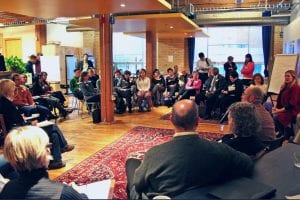 Canada's first Social Entrepreneurship Summit brought together 160 leaders to showcase Canadian social entrepreneurship and foster the growth of the sector, with MaRS, CivicAction and the Boston Consulting Group. 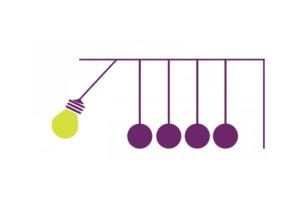 Canadian Conference on Social Enterprise
One hundred and forty delegates and twenty speakers collaborated to advance the thinking on how to create an enabling environment for social enterprise.
2009 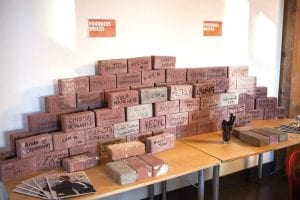 The Community Bond is Born
The first of its kind, the bond that made it possible to buy our buildings. Learn more!
2010 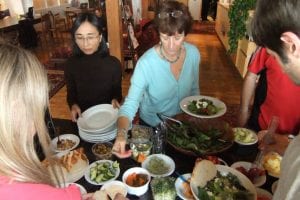 DECAs are the heart of CSI! Learn more about our Desk Exchange Community Animator program. 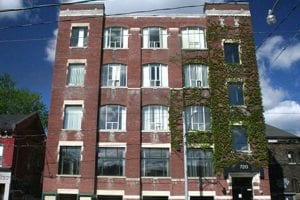 Bought Our First Building
In 2010 we bought a beautiful brick and beam building at the corner of Bathurst and Bloor. CSI Annex is 36,000 sq. ft. and houses over a hundred social purpose organizations and hundreds of events each year.
2011 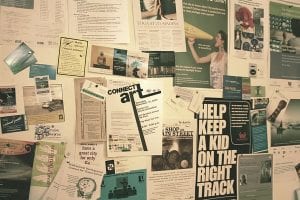 Networking on steroids! Now we host an annual CSI Member summit where folks can get to know the friendly faces they see in the hallways and online! 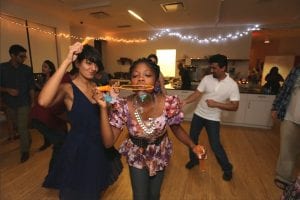 Opened CSI Regent Park
A community-immersed work space in east Toronto! Located in the Daniels Spectrum building CSI Regent Park was a hub of activity in the neighbourhood until March 2021.
2012 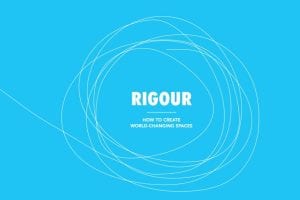 Open Sourced Our Business Model
In keeping with the spirit of scaling our impact, CSI open sourced our business model - read all about it.
2013 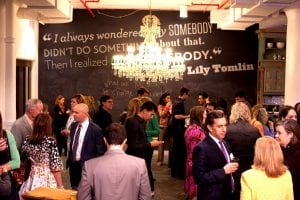 Our fourth location, the first outside of Canada. CSI New York, located in Manhattan at the Starrett-Lehigh building, was a bubbling hub of community activity, however, due to the affects of the Covid-19 pandemic we made the difficult decision to close its doors in 2020. 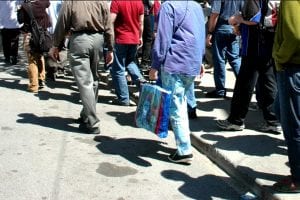 Turn Out Toronto
An effort to increase civic engagement for the 2014 municipal election, Turnout Toronto started at CSI Annex with around 400 Torontonians. All told, five Turnouts took place in 2014, with about 1,500 attendees and 125 civic champions inviting residents to get involved.
2014 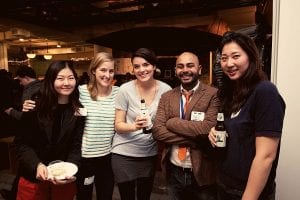 IDEA Committee
We launched our Inclusion Diversity, Equity and Accessibility Committee and committed to live our values in a more clear and transparent way.
2014 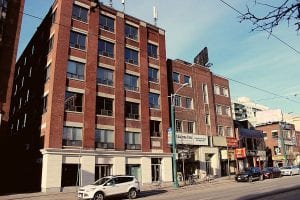 Purchased 192 Spadina
Best Halloween ever! With the help of the Community Bond we were able to purchase the 192 Spadina building!
2015 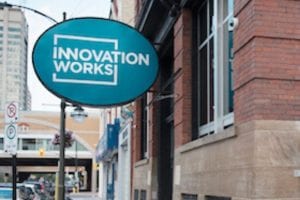 Opened Innovation Works London
Pillar Nonprofit Network engaged CSI to support the development of a coworking space for London, Ontario. Working from our models and best practices, the project was propelled forward.
2016 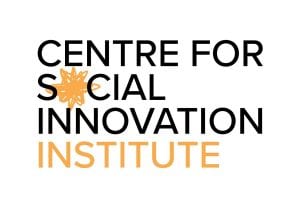 The CSI Institute is a registered charity helping Canadians use social innovation to get at the root causes of systems-level problems. 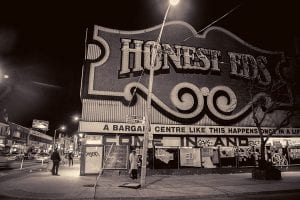 An Honest Farewell
Raised money for anti-racism training and through an epic goodbye to the iconic Honest Ed's. Read about our Honest Farewell work.
2017 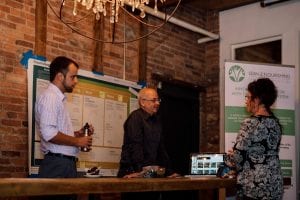 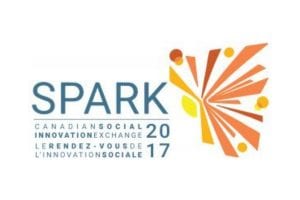 Over 250 people came together to our first national social innovation conference to exchange ideas, promote learning, connect participants and forge a renewed commitment to action around social innovation in Canada. 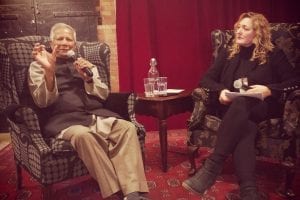 Mohammed Yunus Fireside Chat
Muhammad Yunus – founder of Grameen Bank and father of modern social entrepreneurship – shared his insights on how business can change the world at our Fireside Chat.
2018 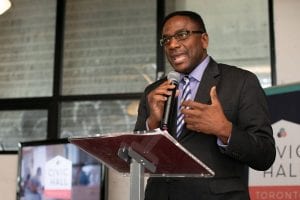 A joint project operated by Code for Canada and with the City of Toronto, Civic Hall Toronto is the home for civic innovation in Toronto. 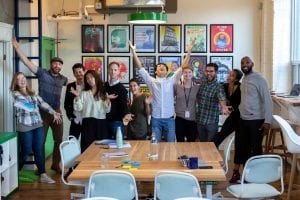 Launch of Climate Ventures
An incubation, acceleration and coworking space for climate solutions at 192 Spadina!
2019 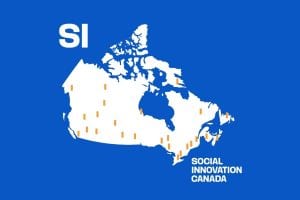 Social Innovation Canada is Launched
A national initiative to connect social innovation practitioners, build the capacity of the sector, and to elevate this work in Canada and beyond. We're one of SI Canada’s regional members!
2020 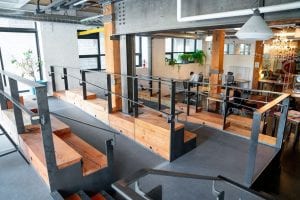 192 Spadina Gets an Accessible Update
Our beautiful, accessible ramp for the ground floor of 192 Spadina was built using reclaimed timber and incorporating seating and lighting to make it a multipurpose masterpiece!