From fish grown in shipping containers to low-carbon fashion, an accelerator for climate change solutions – Centre for Social Innovation

From fish grown in shipping containers to low-carbon fashion, an accelerator for climate change solutions

From fish grown in shipping containers to low-carbon fashion, an accelerator for climate change solutions

FISH GROWN IN SHIPPING CONTAINERS, LOW-CARBON FASHION, AND MORE
The Centre for Social Innovation holds a demo night for graduates of its accelerator program

(TORONTO) Last year, with the support of the Government of Ontario, the Centre for Social Innovation (CSI) launched an accelerator program called Agents of Change: Climate Solutions. The selected startups are Ontario-based startups building the low-carbon economy of the future. Collectively over the year, they have had GHG reductions of nearly 10,000 TCO2e.

Some of the participants include: Ripple Farms, who build aquaponic systems in shipping containers that produce fish and vegetables; SWTCH, an app that makes residential electric vehicle chargers available to the public; and Peggy Sue Collection, who are building a Canadian-made, low-carbon and sustainable fashion brand.

Along with their fellow participants, these grads have been supported with business and impact model coaching, impact measurement, peer circles, advisors, workspace and membership at CSI. And on February 20th, Torontonians will get the chance to see the benefits of this support, as all graduates participate in a Demo Night to pitch for prizes and funding.

“We’re inviting potential investors, collaborators, and anyone concerned about climate change,” said Manager of Impact and Accelerators Barnabe Geis. “We want to give the public a chance to meet these entrepreneurs, to hear their pitches, and to get involved in supporting their growth.”

The Demo Night will also provide an opportunity for the next crew of climate change innovators to make themselves known. Applications have just opened for the 2018 cohort.

The accelerator is funded in part by proceeds from the Government of Ontario’s carbon market, as part of Ontario’s Climate Change Action Plan. The action plan and carbon market work together to support innovative initiatives that provide residents and businesses with more choices to reduce greenhouse gas pollution and save money.

About the Centre for Social Innovation:
The Centre for Social Innovation (CSI) is a nonprofit social enterprise, a global pioneer in coworking, a community and catalyst for people and organizations that are changing the world, with four Toronto locations, one in New York City, and an affiliate space in London, ON. The CSI Community is home to over 1,000 nonprofits, charities and social ventures in Toronto that employ over 2,500 people and generate combined annual revenues of around $250 million. CSI members are turning social, environmental, economic and cultural challenges into opportunities to make the world a better place. 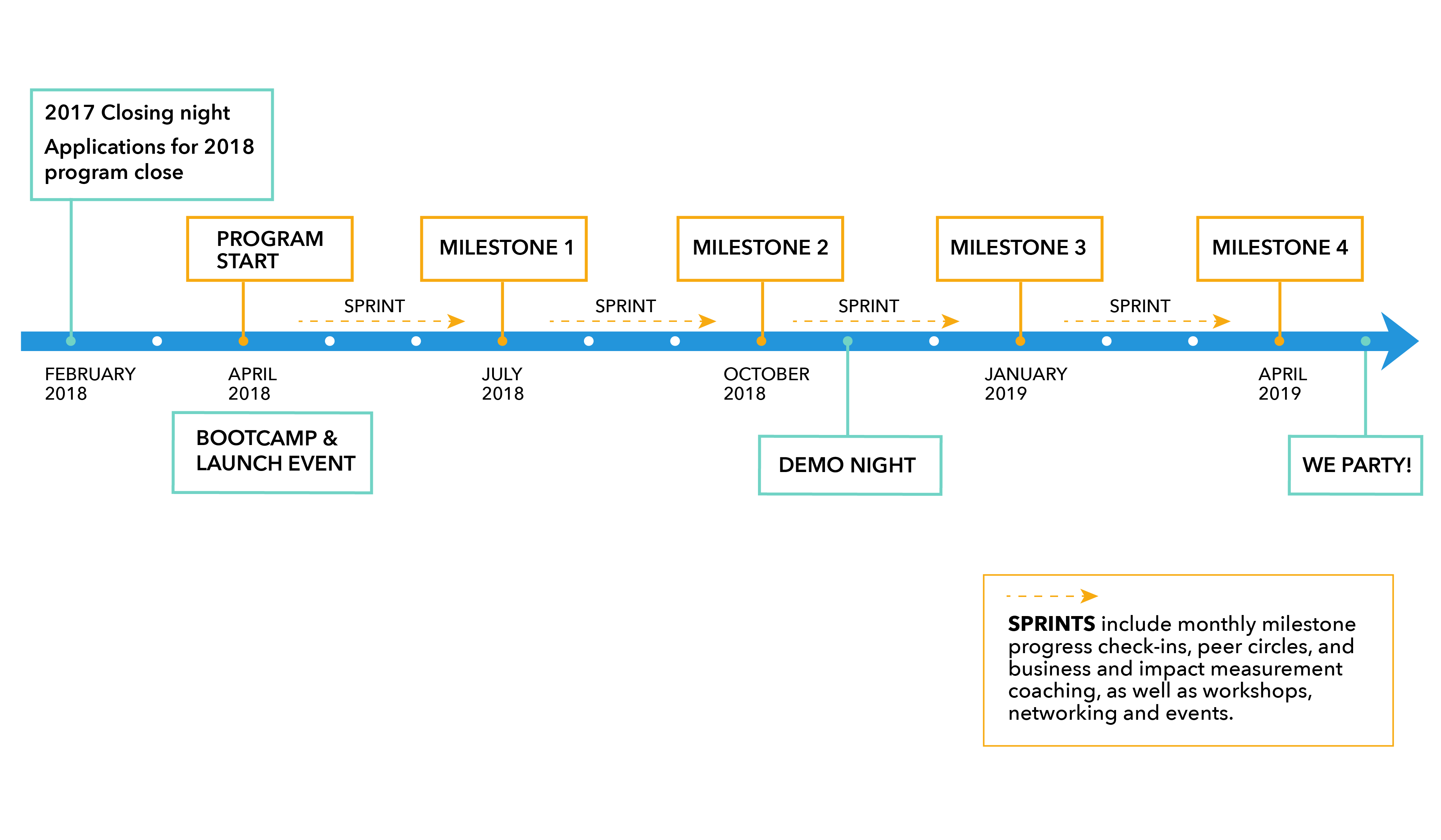 Accelerating your growth and impact in 2018

Our member acceleration plan for 2018!