For the Silicon Valley set, the concept is old hat. Business incubation — where a company, economic development organization, government or academic entity provides services or mentorship to an early-stage venture, entrepreneur or start-up — has been around for decades, and has abounded in the for-profit sphere, particularly in the tech sector.

Unlike the accelerator model, incubators don’t usually take a cut of the emerging project’s equity (though they may extract a fee or a percentage of revenue), and incubation may be done in the name of economic or community development, or to shake up an existing system.

Given the latter, it’s somewhat surprising that among nonprofits incubation has been less plentiful thus far, the trend newer. Ultimately, some sector leaders maintain it’s a phenomenon that’s growing in the nonprofit world, and that, for aspiring organizations, incubation makes a whole lot of sense.

Here’s what nonprofit incubation can look like, including some of the attendant benefits and challenges.

A recent, and prominent, example of a nonprofit developing through incubation is the Ontario Nonprofit Network (ONN). Having incorporated as a standalone organization this past February, the ONN spent seven years as an incubated project of the Toronto-based Centre for Social Innovation (CSI), a social enterprise and co-working space with a self-proclaimed mission to “catalyze social innovation in Toronto and around the world.”

Back in 2007, when the ONN was just a fledgling initiative attempting to build a network of nonprofits, the CSI — the CEO of which, Tonya Surman, was the founding co-chair for ONN’s steering committee — offered to be a trustee for the ONN while it figured out what it was all about.

“In those first few years, the ONN had no staff and no project funding — it was, really, an idea that was being incubated by the CSI,” explains ONN’s executive director, Cathy Taylor.

After receiving some grant funding, the ONN paid CSI an incubation fee that contributed to the provision of certain supports — things like insurance, bookkeeping, leadership, accounting, management and a board of directors. It paid a separate tenant’s fee for office space at the CSI. Though the ONN’s steering committee provided ongoing direction regarding the organization’s priorities and focus, Surman and the CSI’s board of directors retained ultimate responsibility for the ONN.

“Until [a few months ago], we were the ONN — legally, financially, et cetera,” notes Surman. “But, we had separate brands and separate governance structures and separate management.”

For the CSI, the motivation was clear: “What was in it for us? The systems change…we thought it was really important that there be a voice representing the nonprofit sector in its relationship with the Ontario government…we feel really good now that there is this voice, and a way to manage policy development in the sector.”

From ONN’s perspective, Taylor stresses that the seven-year incubation period was “absolutely instrumental,” allowing them to find their feet as an organization and to focus on core issues (“like the Ontario Not-for-Profit Corporation Act, accounting standards and funding reform”), rather than getting bogged down in creating an administrative and financial infrastructure from scratch.

Though it wasn’t their initial intention, ONN decided to incorporate after the network they had built had “grown to a size and scope where we felt it was appropriate to be on our own.”

While the ONN example certainly demonstrates successful incubation, the definition is hardly rigid and nonprofit incubation can take a variety of forms, from a simple co-working model to the provision of training and mentorship, a shared financial and administrative infrastructure, or provision of governance or trusteeship.

As with the CSI and the ONN, the incubating body may have an organizational stake in a project’s outcomes, and choose to incubate initiatives quite selectively. Or, like the BC-based Tides Canada Initiatives (TCI), a national charity that offers a shared administrative platform to help power a range of innovative social change projects, an incubator may have broader criteria for the initiatives it nurtures and incubate numerous ventures at once.

“Incubator is a pretty loose term,” Surman says. “In the nonprofit sector, we’ve been doing co-location for decades…before the for-profit sector was doing it, I would argue…because we’ve had every reason to figure out the sharing piece — and never enough money!”

While pooling basic resources may not be a novel practice within the typically cash-strapped sector, Surman says that, in the last five or six years, there does seem to be “an increased desire to create safe spaces where people can try out something new.”

While organizations that offer platforms for sharing and experimentation may not specifically define themselves as incubators, according to Surman, “models around sharing have, in the nonprofit sector, become better, higher-quality and more intensified.”

The York Entrepreneurship Development Institute (YEDI), for instance, is a Toronto-based charity whose mission is to “provide free, top-tier business education and mentorship to innovative entrepreneurs from any sector or industry in order to build and accelerate successful businesses and efficient nonprofit organizations.” Their 12-week educational programs, hosted in partnership with the Schulich Executive Education Centre, incubate nonprofits alongside for-profit start-ups, giving participants the chance to develop a business plan and model to pitch either to investors, venture capitalists, funders or YEDI’s own fund.

Maria Konikov, YEDI’s Project Director, says this model of cross-sector incubation allows nonprofits and businesses to learn valuable lessons from one another, and that YEDI’s selection committee mainly looks for innovative ideas that “set out to solve a problem or to innovate an existing solution.”

That said, YEDI has also recognized the value of free training geared exclusively to nonprofits; this fall, they’ll launch their first incubator customized to nonprofit organizations that have been in operation for at least two years. The 12-week program will include academic lectures and workshop-based training in entrepreneurship and mentorship. Participants will leave with a certificate, a professionally developed business plan, an executive summary and a business model, to “take their organization to the next level.”

“We can step in and help them overcome those challenges, so they can then go into their next stage of growth…our motivation is to help them grow. If they do, they can provide services to the community at large that will enhance the overall ecosystem,” Konikov explains.

On the east coast, New Dawn Enterprises Limited is a private, volunteer-driven business based in Cape Breton. Incorporated in 1976, their mission has been to create and support a culture of self-reliance in the community.

According to their director of communications, Erika Shea, New Dawn recognized a need in the Cape Breton community for a hub that offered services such as shared work space and opportunities for networking and community development. As a result, they recently purchased an 80,000-square foot former high school and convent with the hope of transforming it into Cape Breton’s own centre for social innovation.

In addition to shared office space and event/networking space, they also hope to offer nonprofits, for-profits, entrepreneurs and freelancers other elements of incubation — though what these will be have not yet been fully determined.

“In many ways we are learning as we go and adapting to the community’s articulation of its needs when it comes to space for incubation and innovation,” explains Shea.

“The elements of incubation we will come to offer will be arrived at through consultation with our tenants and the community. Early conversation points to a possible need for incubation centred on, or geared towards, the arts, but we will continue to have this conversation as the project evolves.”

While they are very much in the early stages of providing incubation, Shea emphasizes the importance of nurturing new initiatives that exist in a “relatively small community” such as Cape Breton.

“In an economically depressed region of the country, being able to create a space of so many uses and users contributes to our operational sustainability, and increases the networking, growth and sharing opportunities.”

A major perk of incubation is that it has the potential to remove many of the barriers that typically face young nonprofits. A program that eliminates or reduces the often protracted and costly process of building administrative and financial systems from the ground up allows new innovators to focus on the essentials — like mandate, mission and value proposition.

Because incubators typically offer a longer nurturing period than accelerators, which tend to push start-ups out the door fairly quickly, early stage, incubated nonprofits have time to figure out if their model is viable before heavily investing in logistics.

As Surman effuses, “Incubation addresses how to remove barriers for someone to experiment, innovate, play.”

The benefit to the body providing incubation is that new organizations are likelier to positively impact both the nonprofit sector and the community at large if they’re given a safe, low-risk space in which to test models and ideas. Charities or agencies that incubate smaller groups are often motivated by the knowledge that having stronger, more successful and better-connected organizations benefits the sector overall, reducing redundancy, inefficiency and strain on limited pools of funding.

Taylor notes, “We’re really encouraged by this trend of shared platforms and governance platforms. We don’t believe we necessarily need more nonprofits out there, but that there are different ways nonprofits in Ontario can do their work. In many cases, that doesn’t mean setting up a standalone organization.”

And perhaps, most importantly, incubators offer social entrepreneurs a space to fail.

“When you fail within an incubator in the nonprofit sector, there are very few costs,” Surman explains.

“You’ve simply tested the model and either it had legs, or it didn’t. That’s great. You didn’t involve lawyers, insurance companies or invest in heavy overhead.”

Because the incubating body often takes a flat percentage of the revenue of the initiative it’s incubating, tensions can arise when the incubated organization starts earning more substantial revenue but needs less support. Especially if the venture is quite far along in the incubation period, the organization may have a sense that the fees are out of line with the current levels of support provided by the incubator.

Regarding this potential challenge, Surman stresses that “the fees need to be viewed holistically over the course of the incubation.”

There can be other tensions, too. For ONN, being incubated by a Toronto-based organization when their network has a provincial mandate, proved slightly awkward; Taylor says ONN really wanted to make sure that, as they grew, they were understood as being “province-wide in scope.”

Further, she says, “We didn’t want to put either CSI or ONN in a conflict regarding something like, whether we can both get funding from the same source. We wanted to avoid those types of conflicts.”

Though some complications are inherent to the process, overall, incubation provides emerging nonprofits with a unique, low-risk opportunity to experiment and figure out what they’re all about — even if that means realizing their idea isn’t sustainable and quitting while they’re ahead.

In a sector where funding is often scarce, a cushioned space to try and fail, plus opportunities to leverage an existing organization’s tools and administrative infrastructure, is invaluable and worthy of consideration for any early-stage social innovator.

Jodie Shupac is a Toronto-based freelance writer. She contributes to a range of publications, covering culture, urban issues, health and the environment.

Photos (from top) via iStockphoto. All photos used with permission. 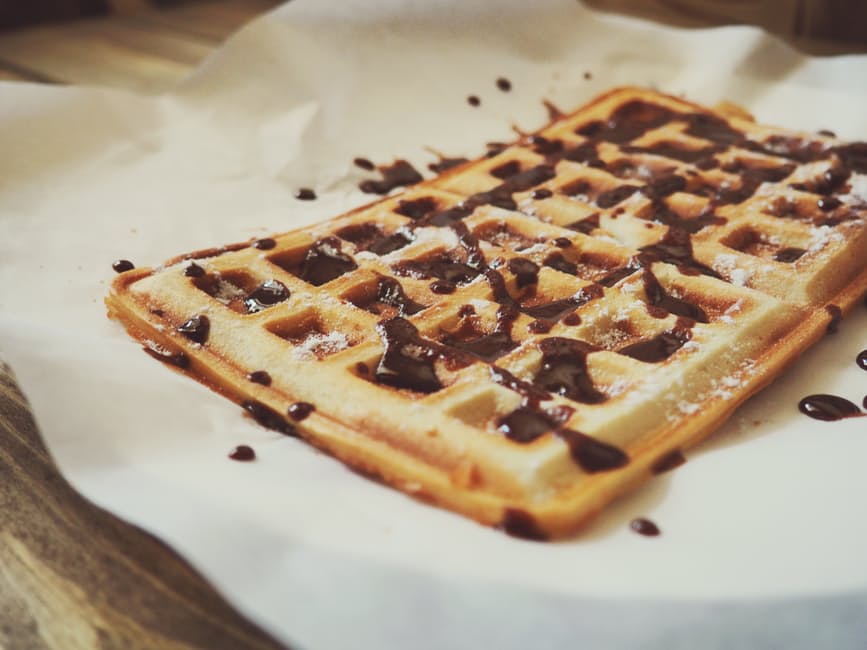 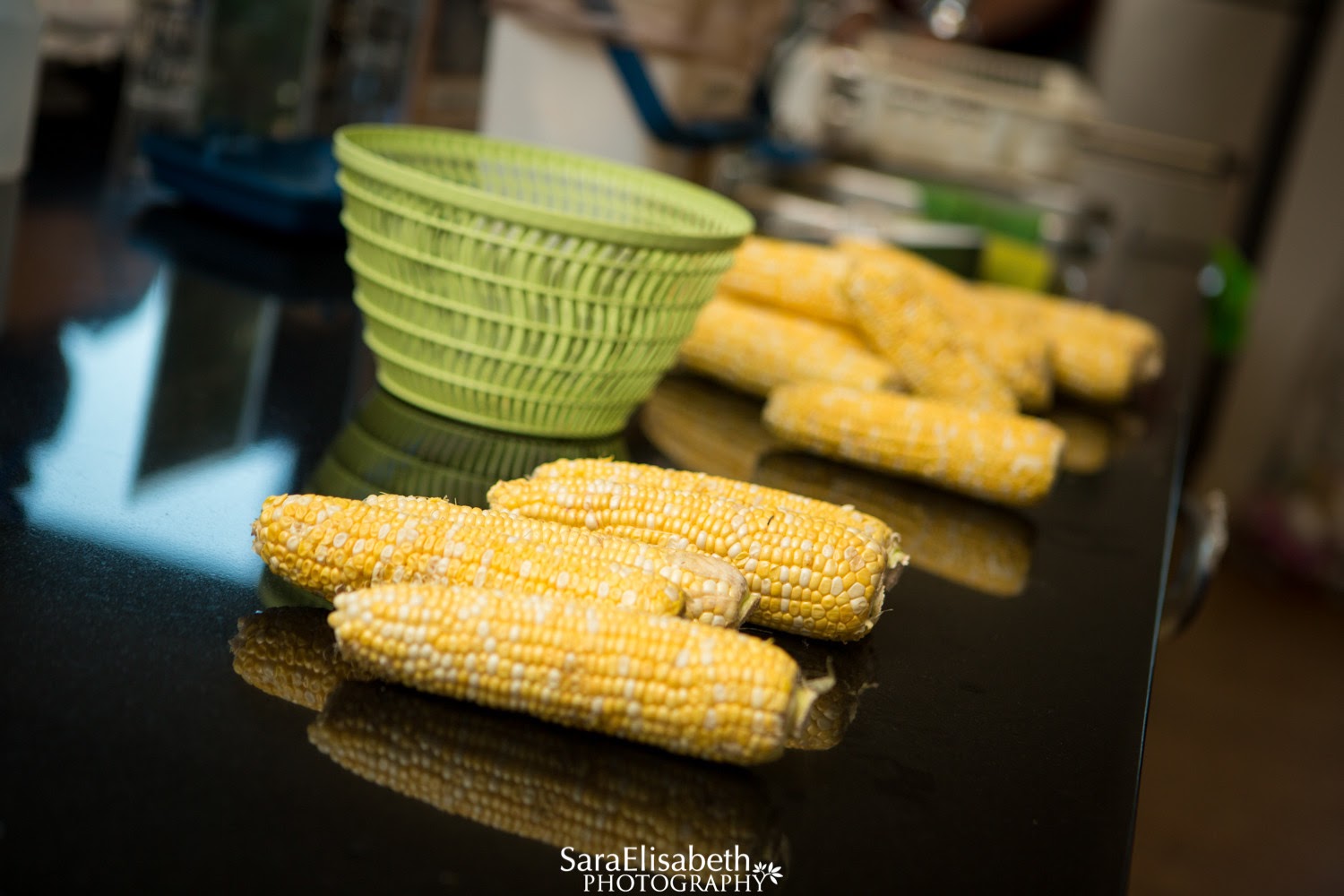 Sometimes someone explains a piece of news to you, and it is so much to process that you are sure you are misunderstanding. That is… 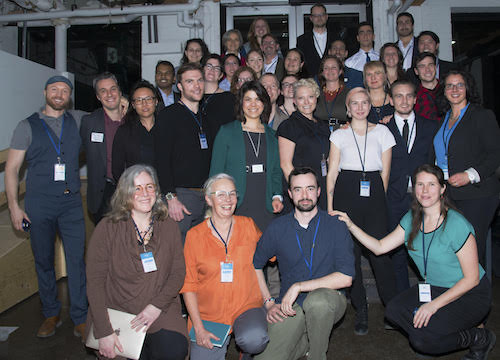 The enterprises in CSI's Agents of Change: Climate Solutions accelerator were featured in Metro News. Check it out!