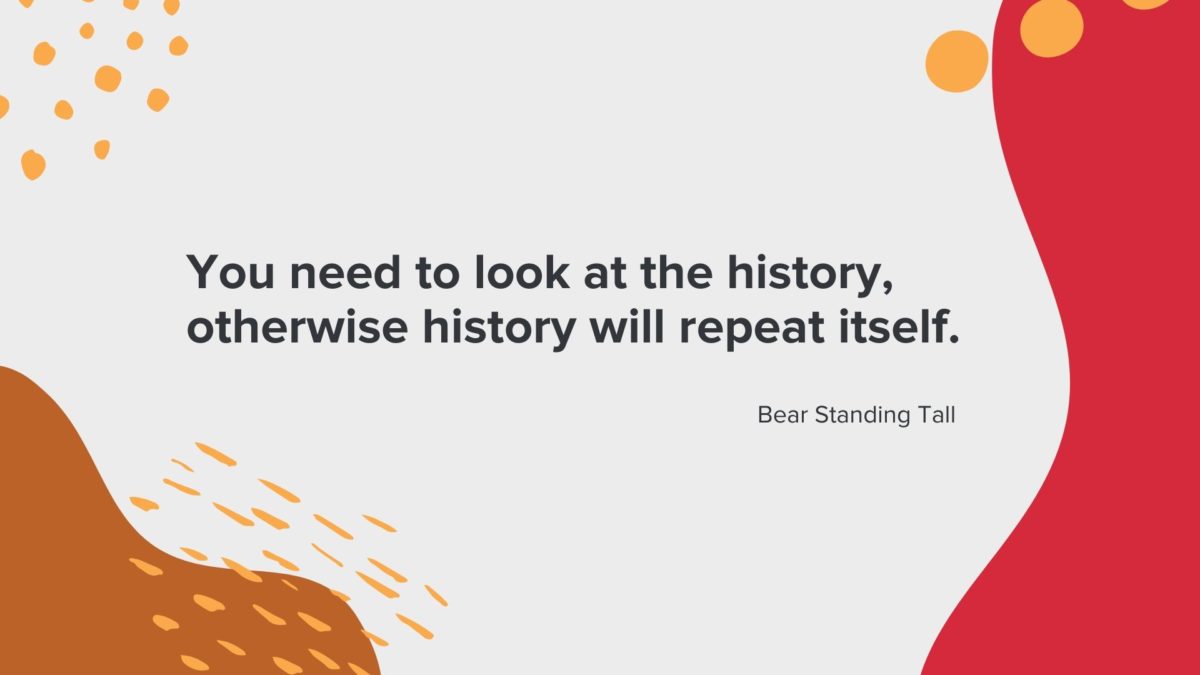 For too long, the history of Canada’s Indigenous Peoples has been purposely forgotten.

In school, what little we learn about Indigenous peoples is told from a pro-colonialism standpoint, centred on the European experience. It wasn’t until 2015 that Residential Schools were added to the curriculum across the country. But even today, the history being taught is not standard, nor is it mandatory.

To fill this gap, Bear Standing Tall created a complimentary Indigenous awareness course. Designed so you can take it with you wherever you go (that means it’s mobile-friendly), this self-directed program walks you through 500 years of history from an Indigenous lens. You can also text the link on mobile devices.

His course covers everything you don’t learn in school: first contact and Terra Nullius; the fur trade and Residential Schools; the Indian Act and UN Declaration on the Rights of Indigenous Peoples; Indigenous law; treaties and aboriginal title to the land; and Missing and Murdered Indigenous Women and Girls.

You’ll learn how the settlers removed Indigenous children from their homes, putting them in Residential Schools that had a 40% to 60% mortality rate. You’ll learn the methods used to erase the “Indian problem” in Canada — methods that have traumatized generations of Indigenous people.

This kind of unfiltered truth-telling is crucial for true reconciliation and allyship.

“You’re either part of the solution or the part of the problem,” said Bear Standing Tall. When you’re not actively learning and trying to get the full picture, it’s almost complacent.

Bear Standing Tall sees his course as a “medicine”: a way to improve relations between Indigenous and non-Indigenous people.

“I wanted to give something away unconditionally to Canadians to help with reconciliation in Canada, to be part of the solution to redress the legacy of Residential Schools in Canada, and to share this with everyone wanting to learn more about Indigenous Peoples. My intention is to make a massive impact in Canada that would help build good relations and allies.”

Relearning Canadian history prepares us for difficult conversations. Seeing and understanding the continued treatment of Indigenous peoples for what it is — an ongoing genocide — allows us to advocate for more inclusive changes.

As Bear Standing Tall put it: “You need to look at the history, otherwise history will repeat itself.”

When settlers first came to Canada, they wanted a new beginning, a new land — and they stopped at nothing to achieve their goals, even if that meant killing an incalculable number of the people who already lived here.

Today, Indigenous lives continue to be sacrificed by the Canadian government.

“Indigenous children are the poorest of the poorest. There is a water advisory in 200 communities in Canada right now,” said Bear Standing Tall. “When you’re living on reserves, you’re living in a different world: lack of water, housing, overcrowding, moulding houses, alcoholism, suicide. People die one after another.”

Reconciliation and systems-level change begins with understanding (and facing) the truth of Canada’s past. Bear Standing Tall hopes that his course acts as a starting point for people across the country: “There’s lots of work to be done and lots of medicine to be given out. I want this place to be better not just for us, but also for the next seven generations.”

During our conversation, Bear Standing Tall gave numerous examples of how Canadian history had been rewritten, and the intergenerational impacts of colonization including Residential Schools and Canada’s racist policies on Indigenous Peoples. If you would like to learn more of the Canadian history we should all be learning in school, you can experience Bear Standing Tall’s complimentary Indigenous awareness course here. 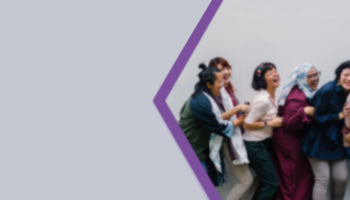 The Story of WOSEN: Pam Fanjoy

December 12, 2021
Member Stories, Programs
Chef Pam is the creator and chef at Fanjoy Culinary and Wellness Centre, a concept that started as a restaurant and became a social enterprise focusing on blending culinary education with counseling techniques.