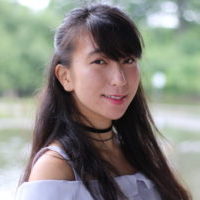 After almost 16 years with Shell, Bruce Wilson felt his life philosophy was diverging more and more from his work at the global energy giant. In 2018, he left to take more urgent action on the climate crisis.

Today, he sits on the Board of Directors at Iron & Earth, deeply involved in paving a path for the just transition to a renewable energy economy. He also founded Thor Hydrogen, an organization focused on the potential of renewable hydrogen to create jobs and decarbonize our energy system.

In early December, Bruce sat down with our Senior Programs Manager Shea Sinnott for a virtual conversation about the challenges faced by oil and gas workers, hydrogen as an energy source, and the complexity of the fossil fuel industry. We’ve highlighted a few key ideas that resonate with us in clips and excerpts below, but you can watch the full conversation here.

Iron & Earth: By and For Workers

At their core, they develop and deliver training programs to facilitate the transition of these workers to jobs in renewable energy. They blend classroom learning with hands-on project experience (through partnerships like RenuWell), so that individuals not only understand the technology and theory behind renewable energy, but are also able to put what they learn into practice.

Through community-based sustainable energy projects, Iron & Earth shows that this career transition is both possible and rewarding, and they build support for a just and prosperous transition. To encourage this shift to a green economy, and fast, they’ve prepared a four-point plan that seeks to retrofit and repurpose infrastructure, support and strengthen ecosystems, upskill the workforce, and support oil and gas companies who want to reposition their work.

For years, the federal government has dragged their heels in taking necessary, bold action to address the climate crisis, despite their stated ambitions to be net-zero by 2050. Since our conversation with Bruce, the federal government announced a long-awaited new Climate Action Plan, including a $15B increase in spending, with policies that match their stated ambitions for emissions reduction.

Yet as we discussed with Bruce in December, and still feel today, time will tell. Bruce put it well: “The devil is in the details, and not just in the details, but in the execution of the details. How do we get ‘er done? What do we need to do?”

Bruce contextualized the shift away from fossil fuels: “The ground that was once solid under the oil and gas industry is eroding, to the point that there’s real jeopardy for a lot of people. Add it to the government’s commitments [and] those all begin to amount to writing on the wall.”

He called on the need to act now, and to act while centring the people most impacted by this transition. We need to figure out a way to support those that would lose their jobs as they look for meaningful, fulfilling work in the Next Economy (as we at CSI and others call it).

“We can wait for bad things to happen, for more people to lose their jobs, and for there to be an economic malaise, the likes of which we’ve never seen — or we can take preemptive action now,” said Bruce. “A just transition is about looking at the totality… We need to protect people, we need to train them for new jobs, we need to identify what these jobs are, we need to identify who is disadvantaged by this. And it needs to be from the people, by the people, driven bottom up. We need a series of dialogues that make sure we bring everyone with us.”

As the Founder of Thor Hydrogen, Bruce is a firm believer in renewable/green hydrogen both as an alternative to fossil fuels, and as a way to transition oilsands workers to new roles in the Next Economy. Our moderator, Shea, and a few attendees voiced some skepticism around hydrogen as a renewable energy source.

As Shea noted, not all hydrogen is truly renewable, and many are wary about the buzz and attention it’s getting as a solution. Shea put it bluntly: “Is hydrogen just the new ‘natural gas’?”

Bruce acknowledged this, but explained what makes him so optimistic: “Blue hydrogen is the new natural gas. It’s the new bridge to the future.”

“[But] to me,” he continued, “the beauty of renewable [green] hydrogen is decentralization. It can be a wonderful thing when you’re up in rural or remote regions where you’re not on the electricity grid, where you want energy independence. [Green hydrogen is] regional, and you can build ecosystems around it.”

The differences between blue and green hydrogen stem mainly from their production process. To make blue hydrogen, you strip carbon off of natural gas using steam methane reformation. To make green hydrogen, you pass a current through water (a process called electrolysis) using any kind of renewable energy. As a result, the water molecule (H2O) is split into its two components, hydrogen and oxygen. With the exception of the buildout of equipment and the energy required in its production and possibly distribution, green hydrogen is a clean, carbon emissions-free fuel.

At the end of the day, hydrogen is one of many renewable solutions. (This idea came up in a previous conversation with Laura Witt, too!). We have the solutions we need – it’s a matter of implementation and leadership in making it happen.

Should we let the fossil fuel industry die?

People like Bruce illuminate the complexities of the oil and gas industry. Company leadership doesn’t necessarily represent workers, many of whom are a living dichotomy: they care deeply about the environment, but work in oil and gas (for a multitude of reasons).

“The industry is not monolithic,” said Bruce. “It’s not only full of people who are resistant to change, but people who want to make change and who want to understand how they could be part of an energy transition.”

Bruce explained the ecosystem that the industry creates: it’s not just the workers on the “coal face,” so to speak. It’s also the manufacturers, planners, engineers, accountants, and other workers that exist all the way up the supply chain.

“There are communities all around the world built on one resource [like coal], and so we need to break that down. Where that is most important is [in] conversations around a just transition,” said Bruce. “When we talk about who’s included in the just transition, first and foremost, it’s that ecosystem of everybody who makes their living directly from it. But one could argue [it has an international] impact. And intergenerational too. Let’s not forget about when you talk about how you plan for transition, we need to think of generations ahead.”

Therefore, we must understand the fossil fuel industry and those who work in it with nuance. While there’s a mounting call to just let the industry die, as Bruce hinted, we can’t just turn the taps off. Rather, we can plan for a “managed decline”: one that includes a fair transition for those most impacted – including the people whose livelihoods depend on our current energy system – and, most critically, one where no one is left behind.

And, commenting on the pride and deep-rooted culture that many draw from long associations with the oil and gas industry, Bruce said: “Pride is portable. You can bring it with you and apply it to new endeavours.”

Our conversation with Bruce covered a number of topics, and we’ve only highlighted a few big ideas here! You can watch the full conversation on YouTube and check out the links below to continue learning:

Our next Climate Ventures Conversations with Seth Klein, public policy expert and author of A Good War, is coming up on February 11. Get your tickets!

CSI Climate Ventures is an incubator, coworking space, and a range of national accelerators that support entrepreneurs and innovators working on climate solutions. 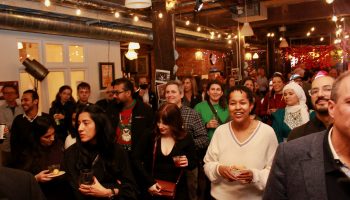 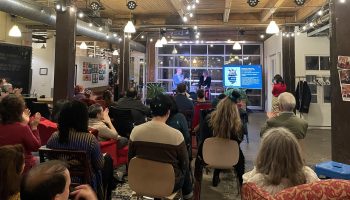