Protecting the planet got a little more love and attention this week. And while we know that every day is Earth Day, we were delighted to commemorate by sitting down for a Climate Ventures Conversation with Dr. Melissa Lem, the President-Elect of the Canadian Association of Physicians for the Environment, the Director of PaRX, and a Vancouver family physician.

Dr. Lem discussed how we can better human health by protecting the planet, why healthcare workers are positioned to take up the climate justice fight, and how nature is the doctor-recommended prescription we all need to fill. We’ve got your highlights below and you can listen to the full conversation here:

Dr. Lem opened our conversation by recounting the first time she saw the stars beyond the urban glow of her hometown of Scarborough: “I felt small but also part of something greater.” This formative, childhood experience on a family camping trip in Bruce Peninsula National Park began her lifelong connection to nature.

Later, after becoming a family physician and moving to Hazelton in Northern B.C., she felt the everyday impact of what locals there seemed to know – that connecting to nature has a positive impact on your health, too. Yet, being the scientist that she is, Dr. Lem asked herself: “is there evidence to support this feeling?”

A decades-long literature review followed and revealed heaps of research proving the health benefits of nature, none of which she’d heard about in medical school or in any doctor’s office. Through PaRX, Dr. Lem wants to change that. 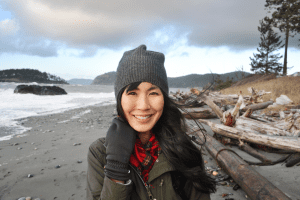 PaRX, an initiative of the BC Parks Foundation, is Canada’s first evidence-based nature prescription program. Launched in British Columbia and Ontario last year, the initiative encourages and enables healthcare professionals to prescribe time in nature to patients as a research-supported part of treatment. As Dr. Lem explains, “we wanted to formalize [connecting to nature] because in part, the evidence shows that writing something down increases the chances that the patient will be motivated to make that change.”

PaRX seeks to make nature an integral part of our healthcare system. And as it turns out, prescribing nature is a prescription for the planet’s health, too.

“There is a pretty good body of evidence showing that people who are more connected to nature are more likely to protect it,” Dr. Lem told us. “Every time you get someone closer to a meaningful nature connection, you are also doing something for the planet. We are creating this body of people who are nature-connected, so [they are] healthier, but also more motivated to save the planet, which is what our overarching goal is right now.”

Ensuring everyone can fulfill their nature prescription is something PaRX also cares about. Nature is not open to everyone equally; structural barriers, including park fees, inaccessible or unaffordable transportation, and lack of green urban spaces, make access difficult for many people. There are also exclusionary ideas about who belongs in the “wilderness”. “I think people need to see more people like themselves out in nature,” Dr. Lem emphasizes.

Beyond encouraging conservation and the stewarding of green spaces to make access easier,  Healthy By Nature Canada, another initiative of the BC Parks Foundation Dr. Lem works with, also partners with organizations like Mosaic to bring people out into nature who might face barriers to access, including new Canadians, refugees, elders, and youth with addiction and mental health issues.

Reflecting on her own experience, Dr. Lem said:

“For example, I grew up in Toronto, in a majority-white neighborhood, and I did experience racism growing up that made me feel like ‘other’ and made me feel like I wasn’t necessarily accepted in the space that I grew up in. What I found, personally, is that when I went into those natural spaces, I felt safe. The trees weren’t going to tease me. The brook babbling by was speaking to me in a language I could understand. I think that’s part of connecting people to nature: helping them see that it’s a safe space. […] Giving people that experience goes a long way – for them to see the tall trees for the first time or the stars for the first time in a group that is supportive and inclusive.”

How does a Family Physician Become an Outspoken Climate Advocate? 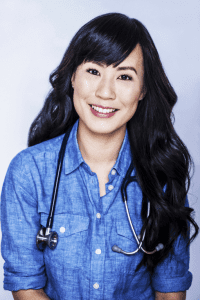 Dr. Lem reflects, “To be completely honest, I was kind of avoiding climate change for a while. I was aware of it and I knew we needed to take action on it, but it really wasn’t until I had a child that I realized I had to take action.”

Dr. Lem remembers the exact moment: nursing her three-month old son and reading Naomi Klein’s This Changes Everything: Capitalism vs. the Climate. “I’m looking at my son on my lap and I can’t ignore this anymore. I’ve worked in the nature and health movement for a while now and [I decided] I really need to start directing my energy towards climate change because that’s what we need to do to save our planet.” Thankfully, she knew other physicians who were speaking up with CAPE, the Canadian Association of Physicians for the Environment. Their mission? To better human health by protecting the planet through research, campaigns, and organizing healthcare providers to speak up.

“It’s really important for us, especially in the health profession, to frame the work we do in climate change as having co-benefits for humans,” Dr. Lem explains. “The research tells us that it’s not images of polar bears or forests or coral reefs that motivate most humans to make a change. […] Health is something in common we all have. When we start framing climate change as having effects on our health, I think that’s what is going to motivate people to move.”

And as some of the most trusted professionals, doctors can and must use their voices to advocate for action on climate. “We [need to] mobilize all health professionals to start communicating the message that taking action on climate change is healthy for us and our kids. […] That is what we are really trying to do at CAPE, to get that message across that a healthy planet equals healthy people.”

A Healthy, Green Recovery from COVID-19

This year has taught us what a severe, global threat to human health means. And yet it bears repeating: the WHO has said that climate change is the greatest risk to human health in the 21st century.

The clock is ticking, but it’s not too late, and we face a unique opportunity for transformative change in our recovery to COVID-19. One that prioritizes human and planetary health.

For instance, CAPE’s Healthy Recovery Report, released in June 2020, shows that if Canada meets its climate targets, we will save over 100,000 lives between 2030 to 2050 due to air quality improvements alone.

“These are just the benefits from [tackling] air pollution. By doing this, we also projected we will create 1.3 million good clean sustainable jobs by 2050. […] We need to create investments and regulatory changes that decarbonize our electricity generation, our public transit, our vehicles, our healthcare, and we also need to protect and invest in connecting to nature. We can do this in times of crisis, we’ve done it before.”

Organizations like CAPE have given us a roadmap. We know what we need to do. For Dr. Lem, two questions remain: “How do we keep ourselves accountable? How do we make it happen?”

We commend Dr. Melissa Lem for doing everything she can as a parent, doctor, and powerful leader to address the climate crisis. You can join her by adding your name to the Earth Day Sign-On letter for a Healthy Recovery to COVID-19.

What else will you do?

Our next Climate Ventures Conversations is with Nicole Rycroft, Founder and Executive Director of Canopy, on May 20. Get your tickets!

The Centre for Social Innovation’s Climate Ventures fast-tracks the success of early-stage entrepreneurs, innovators and leaders developing and implementing solutions to the climate crisis. We also collaborate with governments, large companies, investors and other partners to solve challenges and scale solutions to meet climate targets. Learn more at climateventures.org. 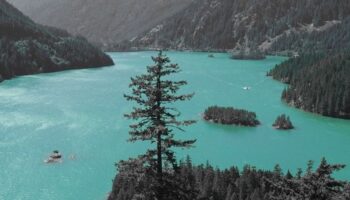 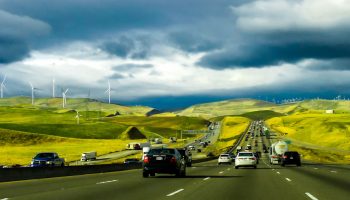 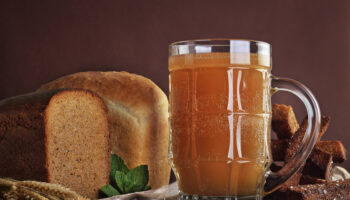