Skip to content
COVID-19: Our spaces are currently closed to the public. Learn more.

Why Canada Needs Employee Ownership: A Next Economy Conversation with Peter Deitz

Next Economy Conversations, our monthly tête-à-tête with industry leaders, brings the people building systems-level solutions to the table to break down their approaches, provide key insights, and learn from their successes and failures. Building the Next Economy requires all of us. Welcome to the conversation.

For our latest Next Economy Conversation, serial entrepreneur and old friend of CSI’s, Peter Deitz, took us on a deep dive into Employee Share Ownership Plans (ESOPs). We’ve broken down his key insights below and you can watch the full conversation here:

Over the past two years, Peter Deitz has championed and helped oversee the formation of an Employee Share Ownership Plan for Grantbook, the organization he co-founded. Started out of CSI Annex in 2012, Grantbook has grown into a twenty-five person philanthropic advisory firm that helps foundations operationalize mission and vision by leveraging technology.

Peter actually began looking into ESOPs as an effective and ethical continuity strategy for Grantbook so he could mindfully exit the company to pursue other interests full-time. His pursuits quickly grew into Unwrapit, a social purpose business that provides companies with digital alternatives to traditional corporate and event gifting practices in order to reduce waste destined for landfill and create meaningful, personalized connections.

With that, let’s get into it.

What is an ESOP?

As Peter explains, due to current Canadian legislation, “there’s no simple answer to what an ESOP is.” Right now, unlike the US and the UK where clear frameworks exist, converting to an ESOP is a bespoke endeavour, making a hard-and-fast definition a little difficult to come by.

According to ESOP Builders (the Canadian consultancy firm Peter worked with to customize Grantbook’s plan), ESOPs are “stock equity plans that allow employees to acquire ownership in a company, heightening employee buy-in and investment, while fostering accountability and an ownership mentality. They may include stock options, stock purchase, phantom-stock ownership or a combination of alternatives. Employee ownership can range from [less than] 1% to 100% of the company. As employees become owners, they share in the risks and rewards of the company.”

At their core, ESOPs are one way to enable employee ownership. ESOPs differ from worker co-ops in ownership and governance structure. Today, we’ll be covering Grantbook’s version of an ESOP (a version Peter mentioned could also be called a “Shared Purchase Plan.”… It can get confusing. Stick with us!).

Why should you care about employee ownership?

Before we get further into the nitty gritty, let’s skip straight to what really matters: why should this matter to you? Well, wealth equity for starters.

Employee ownership builds community wealth. As our CEO, Tonya, explored, “I see ESOPS as a fundamental strategy for the redistribution of wealth to those who have not otherwise had it historically. It’s a powerful tool for reconciliation and for inclusion in our economic systems.”

“It generally has bipartisan support [in the US] and there is a strong financial case for this model. There is actually no limit to the positive systemic effects [ESOPs] can have. Whether with respect to economic opportunity and growth, racial discrimination and justice, building businesses that take into account what environmental and social effects they have, ESOPs and employee ownership can have a big impact across all of those realms.”

Why should an organization embrace employee ownership?

“Why would I, the person who controls the founder’s shares, decide to do this? Because it was the right thing to do. Just at the most basic level. Employees create the [company’s] value, especially in a professional services firm. They have, in my view, every right to be in the ownership mix and to own a portion of the business. Ethically and morally, I was on board, and that’s why I started looking into it.

Then I found out it’s the right answer to multiple questions, like how do you achieve greater retention in your organization? How do you create greater growth and margins? Employee owned companies generally perform better on traditional financial metrics of success.

How do I exit and preserve the culture? How do I exit and achieve some liquidity from this investment of these shares I own, but do it in a way that is going to create the most benefit for Grantbook and its employees?

When it comes to Grantbook, an Employee Share Ownership Plan means “employees have the opportunity to buy an ownership stake in the business.”

Peter breaks it down further:

How do employees acquire ownership?

“Specifically, employees own outright shares that they’ve either earned into or purchased. The difference [between earning and purchasing] is that a certain number of employees who […] saw Grantbook through an especially difficult periods earned a portion of the shares set aside for employee ownership. Everyone else, including those employees, have had the opportunity on an annual basis to buy additional shares at fair market value (as an independent third-party determines it to be).

Anyone who works at Grantbook for more than a year is eligible to participate in the ESOP. Everyone can participate equally. There is no differentiation based on seniority (meaning no one can purchase larger portions than someone who is new to the business or earlier in their career). Everyone can buy equally each year.

Each year employees receive dividends on the shares they own. That’s a unique quality to the form of ESOP we have. [My understanding of other ESOPs is they typically] don’t pay dividends [and there is no payout] for employee owners until they leave the company.”

The ESOP group can nominate a director to the governing board of Grantbook. That was actually just triggered when the ESOP group surpassed twenty percent so we’re in the process right now of figuring out how [that process will work] and who will sit on the board as a full [ESOP-nominated] director. It could be an employee owner or the employee group could choose to have an independent director represent them at the board level. That is their decision.

When a staff member leaves, what happens?

How do employees feel about it?

Sara Saddington, Grantbook’s Content Lead, jumped into the conversation to say, “I’ll be eligible to buy in the next round. The B Corp ESOP was a big part of why I joined the team. [There are] definitely some great cultural benefits to this structure.”

That’s right. Grantbook also has B Corp status (another topic we deep-dived into for a Next Economy Conversation with Kasha Huk of B Lab Canada). Peter mentioned how Grantbook’s B Corp ESOP structure empowers all shareholders – employees and directors alike – to take on multiple stakeholder perspectives, including the planet’s. This feature contributes to a values-aligned culture and governing model employees can thrive in:

“Over time, our B Corp status and employee ownership feature will become the cultural centre of gravity for Grantbook. I think what they do for employees is create a psychologically safe workplace. They create a workplace that has deeply rooted values and they create economic opportunity.”

If ESOPs are so great, why isn’t everyone doing it?

As this report from Social Capital Partners outlines, implementing an employee ownership program in Canada is a very difficult process. For Peter, the journey was slow and often tedious. We need policy to change that because as he explains, ESOPs have the capacity to radically disrupt the way we do business for the better:

“There are trillions of dollars in wealth currently held in ownership of business that will be transferred over the coming years because baby boomers who hold a lot of that are retiring or enlightened owners of business who want to move onto something else don’t have an easy button to embrace what we are talking about. It was exceptionally hard work to get to where we are with Grantbook’s ESOP. If a group can make it easy to turn any kind of company into a partially or fully owned employee company then the impact on Canada’s economy and on the global economy would be unlike any other intervention that could be made in the capital markets. This is an immensely powerful tool.”

Want to hear more from Next Economy leaders? Subscribe to our weekly newsletter so you can be the first to RSVP when we host our next conversation.

May 14, 2021
News, Next Economy
This Canadian Innovation Week, we’re celebrating the innovations and innovators doing the work to bring the most promising and transformative models, enterprises, and solutions to the world.

Join Our Team and Help Shape The Next Economy 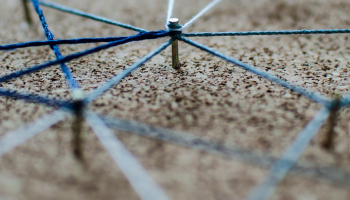 How Are You, Really? A Call to the Community

May 8, 2021
CSI Connects, Spaces, Staff
Our CSI Community Animator, Marcus Huynh, shares a few words about the year, what he hopes for our community, and how he is here to support.