Skip to content
COVID-19: We’re open as of March 1 ! Spring Into Community With CSI

Young People Are the Largest Voting Group. Will They Decide the Election?

Young people are the largest voting demographic, making up 40% of the population. Their votes could decide the election. What’s at stake? Climate. COVID-19 recovery. Reconciliation. Affordable housing and healthcare. Their vote matters. The question is: will they use it?

The story sometimes goes that youth don’t care about politics. It’s a narrative that enables politicians to, at times, disregard this demographic as a major voting pool and in doing so, disregard the issues they care about. But as we’ve seen in the last few years vis à vis Gen Z climate strikes, anti-racism protests, and online activism, youth apathy is a myth (it’s part of why groups continue to advocate for lowering the voting age to sixteen).

Still, voter turnout was relatively low in the 2019 federal election with 54% of Canadians aged 18-24 voting compared to 79% of people aged 65-74. And there are new challenges: we’re living in a pandemic during a short election cycle with election day approaching at a time when many young people are focused on returning to school. This year, Elections Canada decided not to continue its on-campus voting program. Analysts are already projecting these challenges will hold young people back – something advocates, including CSI Member Apathy is Boring, are working to mitigate through online voting campaigns. So, will Gen Z’s online activism translate to the polls?

It will if Future Majority has anything to say about it.

With their core team working out of CSI Annex in the lead-up to September 20, they’ve engaged over 60,000 members and have hundreds of volunteers on the ground in different ridings across Canada canvassing, phone banking, and talking to young people.

The default answer seems to be social media, and while there’s some good evidence to show for it (Jagmeet Singh tik toks and all), it may be a bit of a caricature assumption.

Future Majority says nothing is more effective than a good conversation with a friend. As Cam puts it: “are you going to be more convinced by a random political party putting up an ad on your instagram feed (…) or are you going to be convinced by someone you really trust that’s in your life who’s telling you: ‘hey, there are a lot of issues that are at stake in this election and it’s important to vote for x, y, z reasons and that’s why you should go to the polls’?”

It’s called “relational organizing.” It’s what their research showed determined the 2020 US federal election – an election that had the highest voter turnout in the country’s history and which many analysts attribute youth voter turnout to as the deciding factor. Relational organizing looks like “voters talking to their friends and family in a language that they understand about why it’s important to vote and what issues that are important to them,” Cam explains. At Future Majority, that looks like throwing house parties.

Well, sort of. They use the term loosely. Volunteers run covid-safe events, inviting their friends to do something they would normally do together, like watch a movie, bake a cake or play an online game. In the last fifteen minutes of the hang, the volunteer asks everyone to take a political action. It could be tweeting at a politician, writing an email, pledging to vote, or texting three friends asking them to vote (a tactic known as vote tripling).

Research shows these touch points matter. It’s why Cam says the decision by Elections Canada to remove on-campus voting stations is “damaging to democracy”: according to her, decades of research show a positive early-age voting experience has the power to turn a whole generation into lifelong voters. “When I voted for the first time, it was [at] one of those on-campus voting stations,” Cam describes. “It was all of my friends saying, ‘we’re going to vote’ so we all went. It made voting a social thing.”

“House parties” invoke that same social power. Cam often meets Future Majority volunteers who say they joined after attending a friend’s “house party”. Some of them are not yet voting age but at sixteen, they are informed about politics and want to do what they can to support their future inside a healthy democracy.

What Issues Do Young People Care about?

“Regardless of who I am speaking to – volunteers from BC or volunteers from Ontario – everyone has a climate change story,” Cam says. “For me, I was living in BC this summer. That’s where I’m from. We had a massive heatwave. We broke the record for the highest temperature recorded for three days straight. Every single time I talk to a volunteer they are like, “yeah, massive heat waves or rising sea levels or forest fires. 91% of Canadians polled indicated that they were concerned about climate change. Right off the bat, that’s a big issue for us.”

“Over the course of the pandemic, young people have been the group that’s been most impacted by economic concerns brought on by covid. We saw 1 out of 6 [young people] lose their jobs in the pandemic. People are having a hard time finding a job. We are in a gig economy where lots of people have unstable work; they don’t have benefits or are well-paid,” Cam explains. “That’s another issue we’ve been hearing a lot about from young Canadians.”

“In the past year and a half, we saw the resurgence of the Black Lives Matter Movement. We saw the unmarked graves of Indigenous children,” Cam says. “We’re going through a reckoning as a generation where there are so many wrongs that have to be [made right] and we’re also seeing issues like climate change and economic instability are impacting people at the margins, whether it’s racialized communities or the queer community or people with disabilities. They are impacting them disproportionately.”

Future Majority also cites mental health care as a major concern for young Canadians. On their website, VoteTube, a video platform “where Canada’s party leaders respond to youth issues directly,” the CSI member asked candidates: “20% of Canadian youth are affected by a mental illness or disorder, but [less than] 1 out of 5 youth receive the mental health services they need. What’s your plan to improve access to mental health care for all Canadians?” Four major party leaders responded.

Clearly, there’s a lot at stake. But, there’s an opportunity. Cam puts it simply: “We’ve got the most voting power of any other age group in the country. (…) If we come out and vote, we will decide the election.”

22 of the Most Innovative Innovations at CSI

May 14, 2022
Member Stories, Social Innovation
It’s Canadian Innovation Week once again! It's 2022, so we're looking back at 22 of our favourite innovations to come out of CSI over the years, pulling from our founding members (Stephen Lewis Foundation!) programs and accelerators, and our time in New York City, to showcase some of the greatest hits that have emerged from our 18 year old experiment in social innovation. 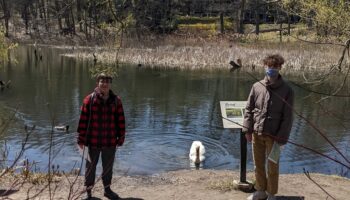 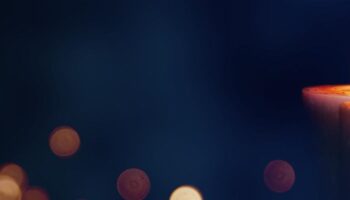