The following is information about the survivors and victims of the Canadian residential school system.

September 30 is Orange Shirt Day and Canada’s first National Day for Truth and Reconciliation. It’s a day to honour the survivors and victims of the residential school system and reflect on the atrocities Canada committed against Indigenous Peoples.

This day is a day to listen to the stories of survivors and this year, reflect on the commitments many of us made following the discovery of the bodies of 215 children in an unmarked grave on the grounds of the former Kamloops Indian Residential School. Since late May, over one thousand graves have been found as thousands of children are believed to have died in residential schools.

While the news in May came as a surprise to many Canadian settlers, the 2015 Truth and Reconciliation Commission made clear these sites existed; six of the 94 recommendations pertain to the identification of missing children and their marked and unmarked burial sites (#71-76). September 30 is an opportunity to check in and ensure promises made this summer are not just lip service and that Canada continues to complete the 94 calls to action.

It’s also a time to process and grieve. Former senator and chief commissioner of the Truth and Reconciliation Commission (TRC), Murray Sinclair, says, “It’s not just about marching and dressing up and getting some time off from school [or] work,” he said. “If you fully understand what that … ceremony is about, you won’t prevent yourself from crying.”

The Orange Shirt Day movement began from the story of Phyllis Webstad from the Stswecem’c Xgat’tem First Nation. In 1973, on her first day at St. Joseph’s Residential School in Williams Lake, BC, the orange shirt her granny bought for her for her first day of school was stripped from her. Forty years later, on September 30th, 2013, Phyllis spoke publicly for the first time about her experience, and from there, Orange Shirt Day began.

Hear from Phyllis Webstad in her own words:

The Government of Canada recently legislated September 30 as National Day for Truth and Reconciliation. The passing of Bill C-5 follows the 2015 TRC recommendation that Orange Shirt Day be formally recognized as a federal statutory holiday.

How to Participate in Orange Shirt Day 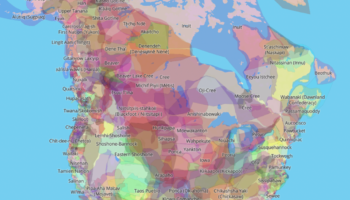 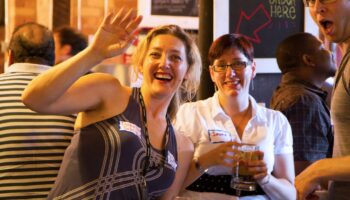 June 2, 2022
News, Staff
"SI Canada is off to a great start and now new leadership is ready to take it to the next level.” 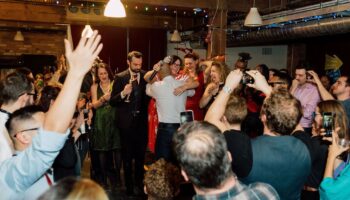 June 1, 2022
News, Social Innovation
Today, CSI celebrates the 18th anniversary of opening our doors as Canada’s (and maybe the world’s!) first coworking space. Of course, we’ve evolved over the years to become so much more than just that - we are a curated, tight-knit community who cares deeply about making the world better for all. To celebrate the past 18 years of partnership and social innovation, we picked just 18 milestones (from the thousands of star moments) to share.