Toronto For Everyone: Event Report

In the summer of 2016, the Centre for Social Innovation approached Westbank Development Corp with a proposal to hold a farewell event for the soon-to-be demolished Honest Ed’s building.

As residents in the Annex community who believe in the power of inclusive community, we felt an imperative to honour the legacy left by Ed’s. We believed the best way to do it would be to invite the community to co-create an experience that had never been done before and could never be done again.

In February of 2017, over 15,000 people attended An Honest Farewell, a 4 day multi-disciplinary festival created by hundreds of artists and volunteers and supported by countless partners, planners and citizens.

This is the story of what happened, what we learned, and the impact we had. 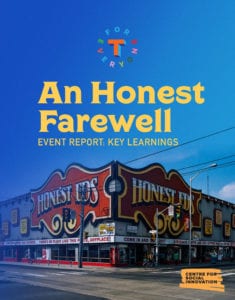 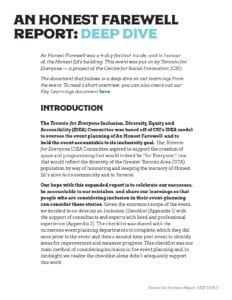 5 things we’ll remember about An Honest Farewell, long after Honest Ed’s is gone via CBC

As Honest Ed’s comes to an end, a community festival to celebrate the city via Toronto Star