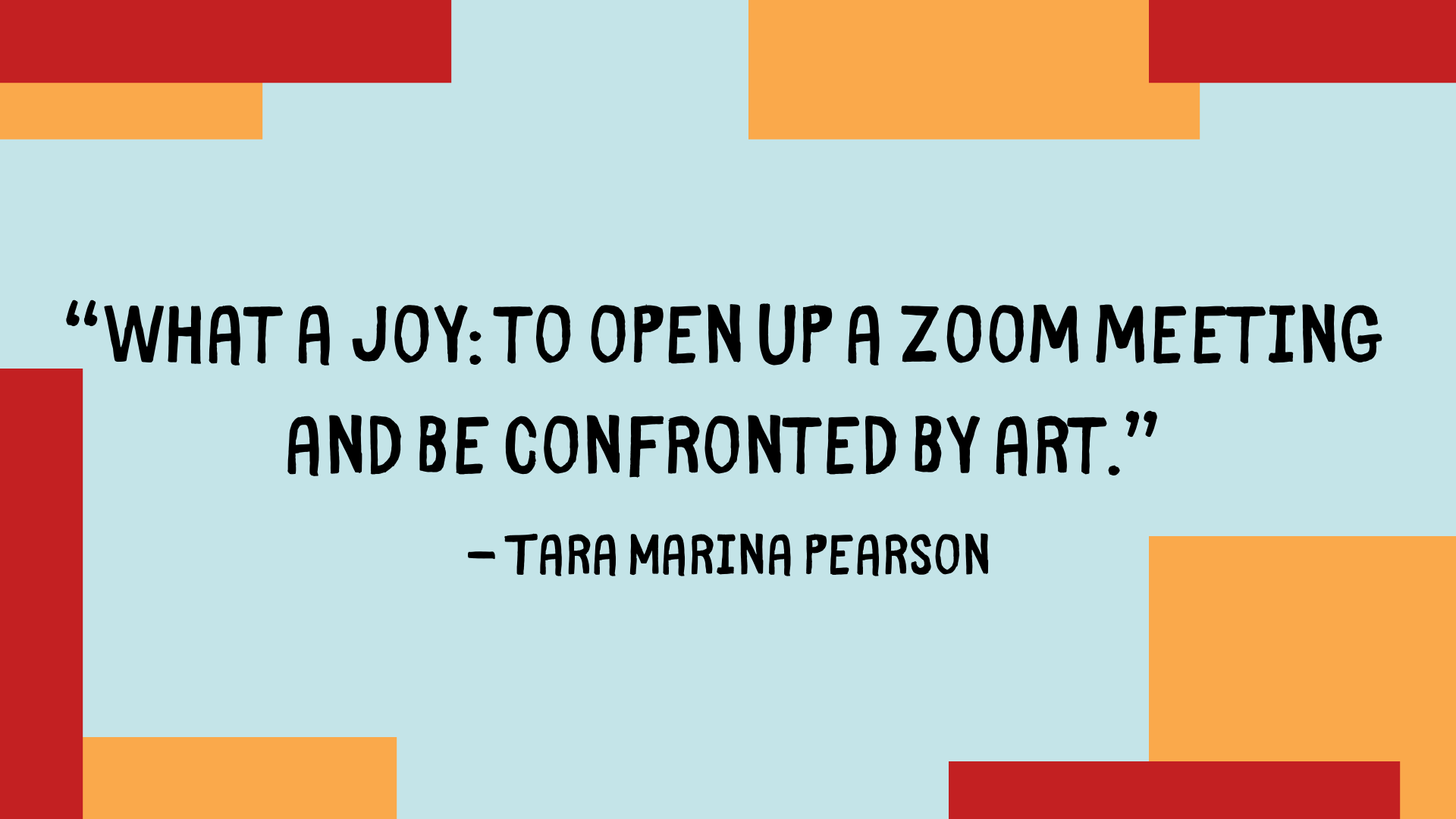 Every Tuesday at 5 pm, the CSI Art & Art History Club meets on Zoom to learn, create, and share together. I’ve been meaning to go for the last four weeks and finally took the plunge after some encouragement from Community Animator Tara Marina Pearson.

Friendly faces welcome me when I log in to my first CSI Art Club. Some people have been here every week and some, like me, are new. After a few introductions the evening’s leader, Richa Narvekar, one of a group of CSI DECAs (that also includes Charles Ozzoude, Pamela Schuller, and Sair Raut) who are leading this program, starts us off by sharing two paintings on her screen.

We’re asked to decide which of the two images we like best. The conversation flows easily as more members trickle in. We all agree: the one on the right is our favourite. After we’ve all had a chance to explain why, Richa talks us through each painting. 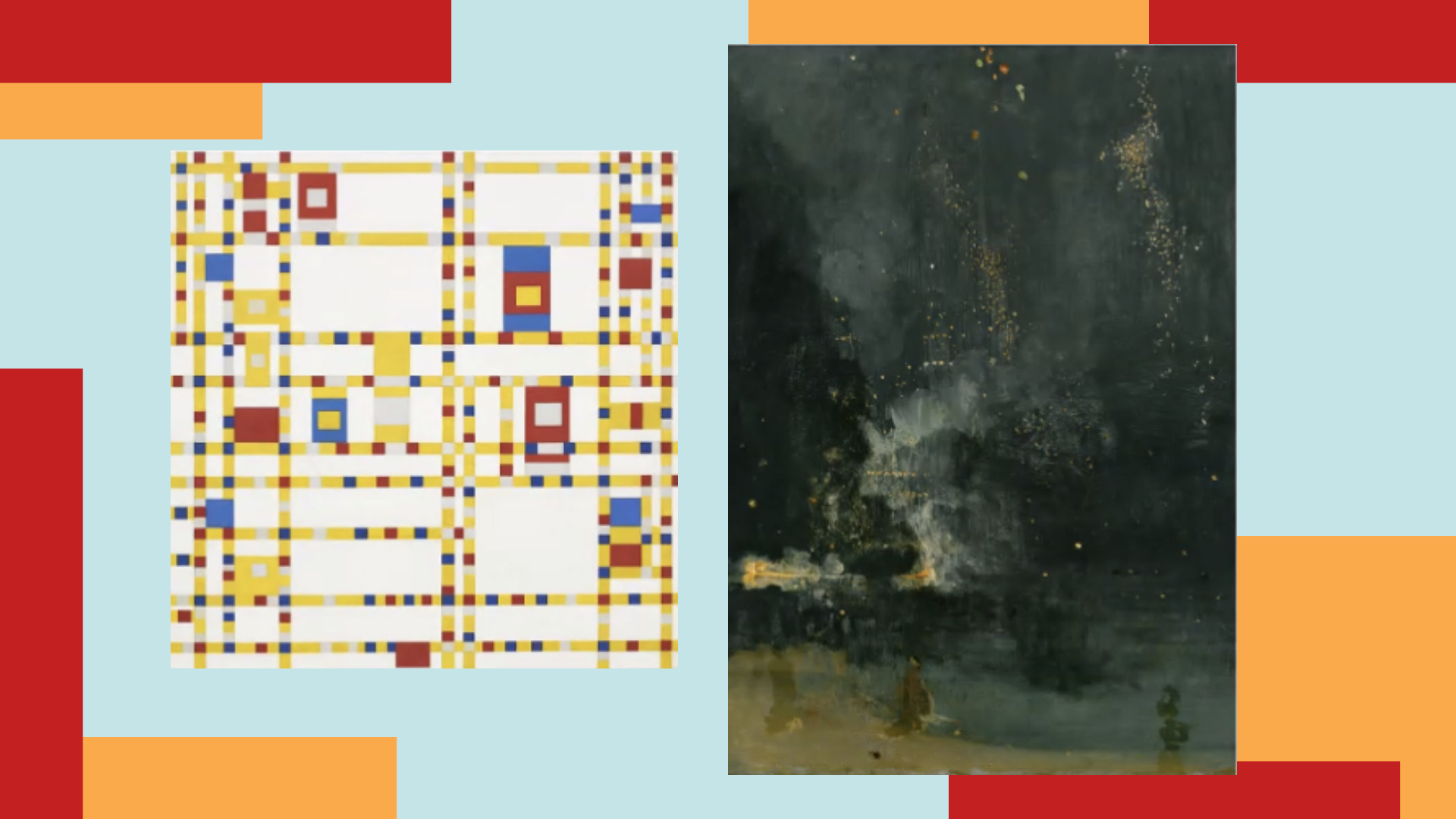 We learn that our favourite piece is Nocturne in Black and Gold – The Falling Rocket by James Abbott McNeill Whistler. It’s a darkly whimsical piece, depicting Cremorne Gardens in London and the sparks of fireworks in the distance. I learn that Whistler often named his pieces after music and that he was inspired by Japanese artists. The second piece is Broadway Boogie Woogie by Piet Mondrian, a painting inspired by New York City, the Boogie Woogie music popular there in the 1940s, and the patterns that underlay it. Richa asks us to take another look at the painting with this in mind. “What do you see?” “A grid! Subway map! A city for sure.” Richa shares a video with us, an animated version of Mondrian’s work complete with bluesy boogie woogie music in the background.

She explains that both Whistler and Mondrian painted at the birth of abstraction: they were drawing not what they saw, but what they felt lay underneath

What ties them together? Music. Whistler’s Nocturnes have been compared to Chopin’s Nocturnes: melancholy whimsical shifts between light and dark. Mondrian is famous for having organized his whole world into a tight vocabulary of lines, primary colours, and shapes, which he likened to chords in music. So, Richa says, music is our theme for the night. Using the magic of a Zoom poll, we chose between two drawing prompts: listening to blues or classical. We choose classical and are swept away by a Youtube video of “Danse Macabre” by Camile Saint-Saëns while we take time to draw in our separate homes, through our separate screens, in our separate lives.

The music ends and I find myself laughing. In front of me is a terrifying drawing of what I assumed would look like forest but instead looks like flaming Hershey’s kisses, a Doonesbury-esque character in a very sad sleigh, and a tree branch. We play the music for a second time and I remember I have an eraser. It doesn’t help and it doesn’t matter. No one cares what my forest looks like; they’re just glad I’m trying. 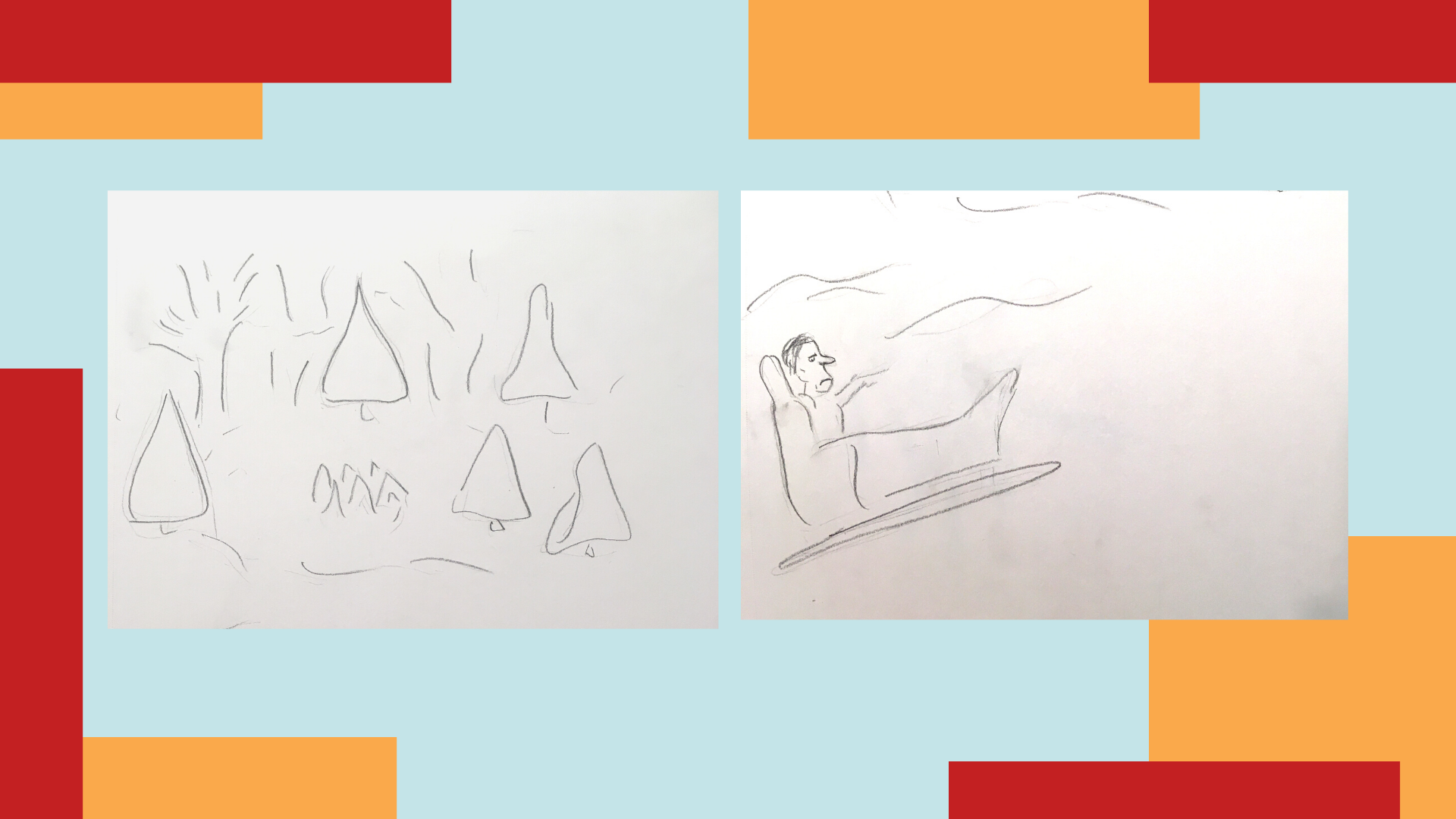 When we share our work everyone is attentive and gracious with their feedback. They don’t offer tips and tricks, or guidance about branch shading. And frankly, I don’t need it. I mean – I do, I desperately do – but not right now. What I need right now, in the middle of this thing, this always-in-my-office-because-my-home-is-my-office-and-I’m-not-allowed-to-be-anywhere else thing, is a creative outlet, a chance to be less seperate, to connect with new people.

And at CSI’s Art & Art History Club I get what I want: conversation, laughter, a chance to stretch my creative comfort zone, an opportunity to learn. When we sign off for the evening I look at the grid of smiles on and know that the rest of the Club gets it too.

Maybe we’re all abstract artists right now, reacting to the sudden starkness of real life, drawing new paths to joy, carving out new connections, and crafting new ways of being.

If you’re a CSI member and you’re looking for a new way to connect, check the Listserve or Programming Calendar for more details on the CSI A&AH Club and our other offerings.

Not a CSI member and want to be one? Check out our Online Community Membership.