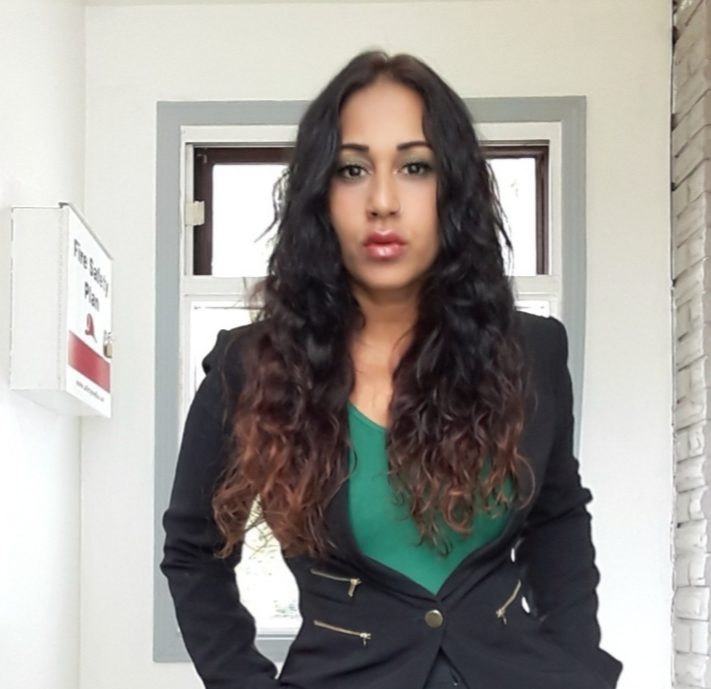 Growing up within a family of entrepreneurs, Dhana Hartman’s ideas on radical innovation were about social change. Of mainly indo-Caribbean Guyanese descent she felt restricted by her role as a woman growing up and dreamt of revolution. She became deeply engaged in the rights of woman and expressed that through art, writing and public speaking. As a teenager she was an advocate for violence against women and has since had speaking engagements surrounding this issue, creating healing space for victims and perpetrators. She joined Diva: A Journal of Women of South Asian Origin as a teenager in the early 90’s, a grassroots organization that created an alternate platform for feminist dialogue for woman of colour, which eventually became part of a worldwide wave of liberation giving way to an anti-oppression perspective within our human rights framework. The journal allowed her a voice where she create content-driven art pieces, articles and women’s conferences. As part of the Editorial Collective and Assistant Art Director her dreams of revolution came true. Later she worked on a historic project with the Toronto Transition Team helping to amalgamate the 7 boroughs. Approximately 3 hours drive away from civilization her family lived and worked at Bark Lake Camp and Leadership Centre as camp lead facilitators. In the spirit of revolution, she homeschooled all 3 children; the two eldest of whom she successfully graduated; all entrepreneurs, going on to college and other stages of higher learning.

Outside of CSI she is committed to the arts, education and advocacy for mental health and well-being. She recently graduated Seneca College Social Service Worker program and enjoys facilitating art instruction and art therapy. She is the art instructor at Art Beat with Unison/Urban Arts, a program designed to teach art to adults who have developmental disabilities offering them a platform for socialization. She advocates for marginalized communities and has held social service positions throughout the York region at Salvation Army’s York Community Family Services, the Community Action Resource Centre and Unison Health and Community Services. She recently presented and facilitated a workshop at the Jane Street Hub called Addiction: What’s the Harm?; and in February 2019, she joined the Jamaican Partnership with Seneca College to provide social service to struggling marginalized communities in Kingston, Jamaica.

Dhana once painted a 50-foot-wide mural outside a beach themed restaurant and has sold dozens of beautiful radical, commission-based paintings as revolution still stirs frequently in her heart. Becoming Community Animator at CSI is yet another dream come true as it supports and encourages the amazing revolutionary spirit of social entrepreneurs changing the focus of societal problems into life bettering solutions.