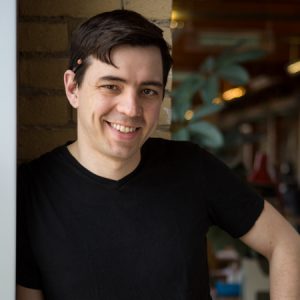 Matt is a self-declared jack-of-all-trades who is easily fascinated by obscure trivia. After spending four years studying Political Science and History, he went completely in the opposite direction and entered the trades. His experience includes general contracting, landscaping and tinkering with stuff until it works (or doesn’t). Matt is also a trained machinist and toolmaker, and will gloat as he shows off the tools he made WITH HIS BARE HANDS (and the help of mills and lathes). He’s a newcomer to Toronto and is completely in love with the city. As CSI’s Facilities Manager he’ll be the one called when you plug up the toilet and swear that you found it like that. Guys, don’t flush paper towels. Or baby wipes. Seriously.