The 2020 Community Bond is coming soon! Pre-Register to reserve your bond before they sell out! >>> 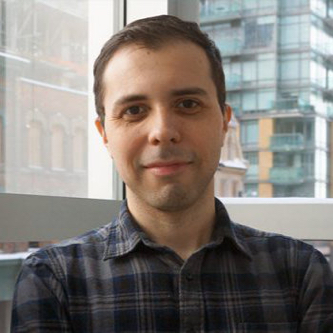 Rudolf likes to describe himself as a generalist and entrepreneur. Having gone to school for IT, he has gone on to work on dozens of IT and non-IT jobs over the last decade, self-teaching himself new technologies and eventually opening his freelance business. Not only has he learned the language of the web, he’s also learned the Japanese language over the years and started a social enterprise to help new students coming from Japan to get settled in Toronto. This social enterprise is what initially brought him to CSI. Since becoming a member in 2018, Rudolf has been involved with CSI’s various web projects, and now he has decided to join the team full time. As a web developer and UX/UI designer, Rudolf’s number one goal to improve the user experience for all of CSI’s websites, including the one you are reading right now.

Fun facts: Having been a barista in his former life, he takes his coffee seriously. He can be often seen on the third floor lounge, trying to perfect his latte art. He also likes board games. Ask him to recommend you one during CSI’s monthly board games night!