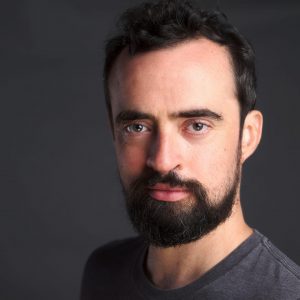 Stefan is probably best described as someone who doesn’t stop moving, whether that’s a positive thing is harder to discern. Ever since the first year dorms of the University of Toronto he’s been obsessed with the power of community and the impact it can play on our lives. This obsession along with a belief in the need for a healthy planet has led co-creating and joining a variety of projects all centred around the environment, culture, media, and the oxford comma.

These projects include co-hosting Green Majority Radio, Canada’s longest running environmental news hour on CIUT 89.5. Co-producing the Stories We Don’t Tell an event and podcast about the stories society tries to sweep under the rug. And co-chairing the steering committee of the Toronto Climate Action Network (TCAN) a network of over 30 action oriented community groups in Toronto working towards climate justice.

At CSI, he started as a Desk Exchange Community Animator at CSI Annex, moved from there into a staff role in 2015 and now manages the 64,000 square feet of 192 Spadina Avenue. His days consist of working to build community to make CSI the best place to be if you’re working to build the next economy. If you have an idea, an initiative, or even an inkling as to how CSI might be able to better support its community Stefan says his door is always open.