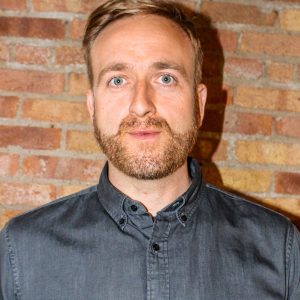 Thom. Thomas. Either or. He’ll answer to both, but he writes the abbreviated version with an H because that’s how it’s spelled. Anyway, Thom joined CSI as a DECA in May of 2019. Coming from Toronto’s film and television industry he easily fell back into his routine as a freelance contractor on a number of maintenance and upgrade projects around the spaces. After a few-to-ten months of that, he was hired onto staff as part of the Facilities department to help make sure the buildings you’re working in work for you.

In his personal time he can be found working on writing projects, cycling or pretending to be a gym rat. Otherwise he’s likely hanging out in the east end of town on the slopes of Riverdale park, or has made his way even further east to make sure his hometown of Halifax is getting by alright.

Disclaimer: he is not being sarcastic when he asks you if the appliance you’re certain suddenly broke is plugged in.