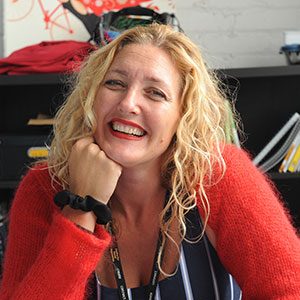 Tonya Surman is fuelled by her belief in the power of collaboration and belonging. She knows that putting the right people in a room is only the first step in creating real change. If you truly want to radically redesign our future, you need to first build a culture where everyone knows they have value and a voice.

Tonya loves to prove that a new way is possible, inspiring people to think and do differently. Her expert ability to move across different cultures and power structures has allowed her to do this in an unlikely combination of ways:

In spite of this list of achievements—which she is still surprised that people find intimidating⁠—Tonya feels most accomplished when she walks into one of the Centre for Social Innovation’s locations and sees groups of people smiling and chatting. She knows building relationships between people is the foundation for a better world. It’s also a heck of a lot of fun!