Wasan Island, situated on Lake Rosseau, in the heart of the Muskoka Lakes, is being operated in 2022 through a partnership between the Breuninger Foundation (German Foundation and owner) and the Centre for Social Innovation (Canadian Social enterprise and operator).

Breuninger and CSI share a commitment to operating Wasan Island as a restful and restorative place for non-for profit and charitable activities, for visioning, reflection and strategy, for strengthening diverse collaborations motivated by social purpose, for local and global initiatives and for creating a space for healing and rejuvenation.

We are ecstatic to offer retreat space for non-profits and charities working in social impact! If you would like to recommend someone who might benefit from Wasan Island, please consult with us as there is limited space and time on the island and we prioritize people and organizations that are working on social impact collaborations.

Wasan Island is located on the traditional territory of the Anishinabe. This territory is covered by the Robinson Huron Treaty (1850) and the William Treaty (1923). There are several neighbouring First Nations communities whose ancestors live(d) in this area, including Rama (Mnjikaning), Wahta, and Wasauksing (Parry Island). There are three nations represented in the area: the Anishinabe (Ojibway), Pottawatomi and Mohawk.
The Muskoka area is considered shared hunting ground among many Indigenous nations. Communities lived in this region in permanent villages or summer settlements historically. Chief Mesqua Ukee or Misquakie (english name William Yellowhead) fought with the British during the War of 1812. The Muskoka region is named after him. The Mohawks of the Wahta First Nation were moved to this area in 1881, from Quebec after a dispute with the Catholic Church.
The first permanent settlement in the Muskokas was called Obajewanung, at present day Port Carling. Within 20 years of signing the Robinson Huron Treaty, the community members were relocated to reserves in the area. In more contemporary times, Indigenous peoples are often erased or invisible from the landscapes of “cottage country” in Ontario, including the Muskokas. Cottage country has shifted how Indigenous peoples interact with their traditional territories, and in some areas this has led to
strained relations.

The Bear Hide and Bundle

In June 2018 a feast was held at Wasan Island. Conducted by Elders Mark and Wendy Phillips, the intention of this feast was to honor the land, water and spirits who are around the island. In a way to recognize the territory and its past and the contemporary use of the island as well as a desire to engage with more Indigenous content, Mark and Wendy suggested that Wasan starts to
build a bundle. 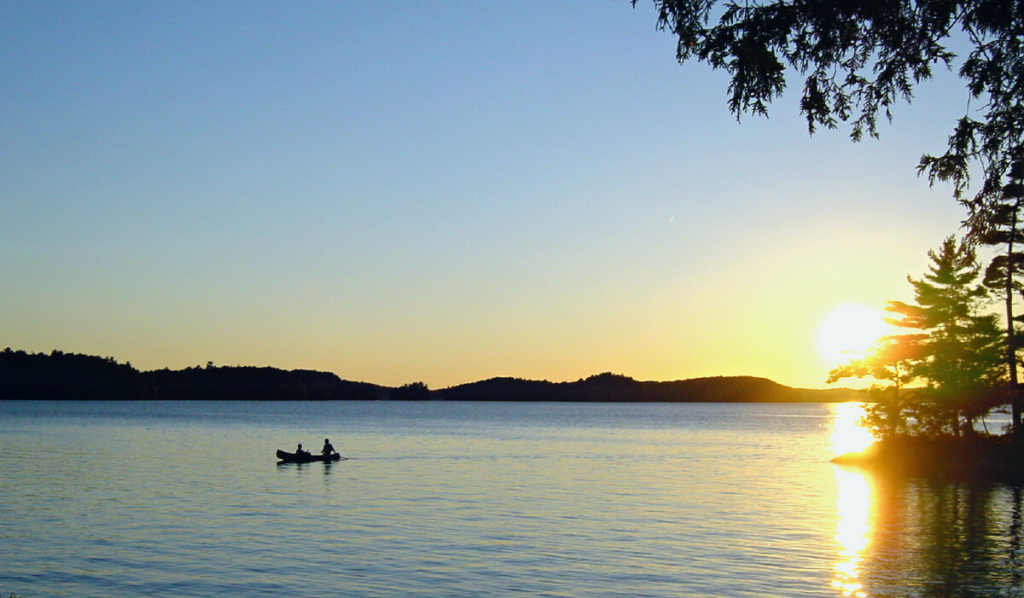 A bundle can be made up of sacred items and tools (including drums, rattles, pipes, eagle feathers, rocks, etc.). When a bundle is present in ceremony it often rests on an animal hide. The animal hide can be different based on the territory and what a person has access to. In this case a bear hide is an appropriate foundation or beginning to building Wasan’s bundle, because bears are an important part of the ecosystem of that territory. It is about honoring the bear, its role in the territory, its role in the Anishinabe clan system (as a protector), and the good medicine that the bear brings to ceremony.
In May 2019 Elders Mark and Wendy Phillips conducted another opening for the island season and added a wool blanket to the bundle. The turtles on it remind us of the important role they play in the Anishinabe creation story. Blankets are often ways of honouring different people and spaces. As the Elders were presenting the blanket to the caretakers of Wasan Island they were acknowledging them for creating a safe and welcoming space for all those who visit the island. They have demonstrated the characteristics of: wisdom, humility, honour, sharing, courage, love, kindness, truth and honesty.
Having the bundle present at various conferences acts as a connection between the work being done by the people who visit the island. It is important to recognize the bundle’s presence at conferences on Wasan, acknowledging the link to the territory that we meet on as well as the characteristics that the blanket represents 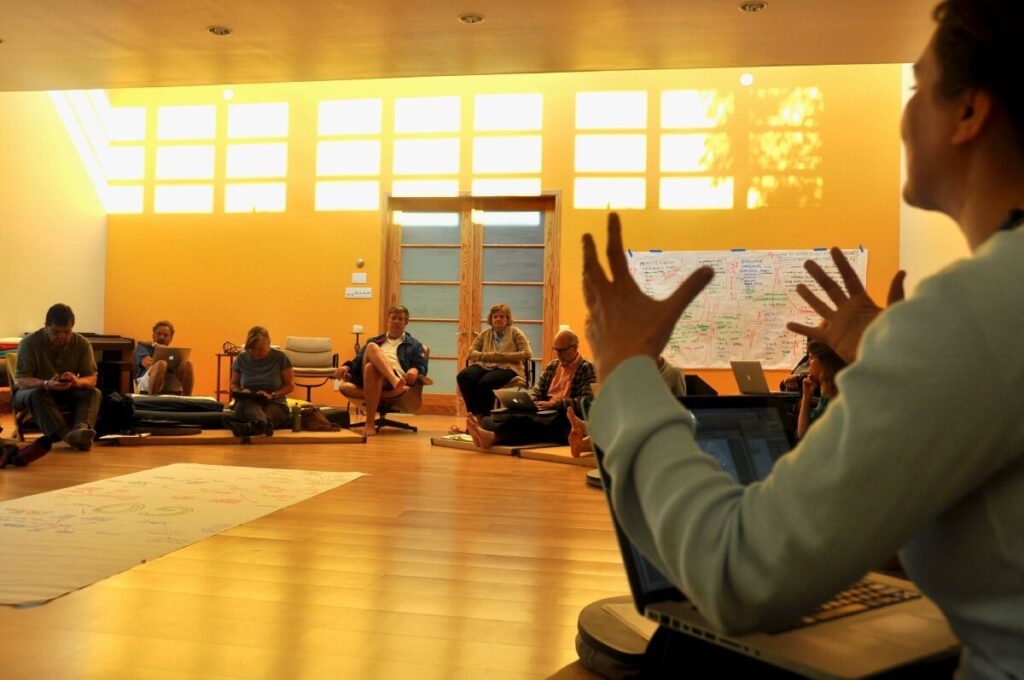 Whether you’re looking for an early morning brainstorm at the water’s edge, campaign conversations over a mouth-watering dinner (prepared by our professional chef), or to deepen your strategy around the campfire, Wasan is the perfect place for your organization’s next retreat. We can accommodate up to 25 people and offer subsidized pricing for nonprofits and charities.

The island offers a serene environment for work and rejuvenation: facilitate your sessions in our peaceful Pavilion room by day and paddle among the islands of Lake Roseau by kayak in the evening.

Contact wasan@socialinnovation.ca for more information on how we can host your next strategic retreat.